Possible Court of Owls Sighting in The Batman 2021 Trailer

Sorry for Click Bait Title but that’s literally what it is, just a possible Court of Owls Sighting.

Considering the stuff with Riddler implies Thomas Wayne to be a bad guy, it could be a whole conspiracy thing, similar to Telltale’s Batman.

I’m not gonna be like “oh dude, look, it’s the court” but it could be. There’s a lot of debate in the comments. 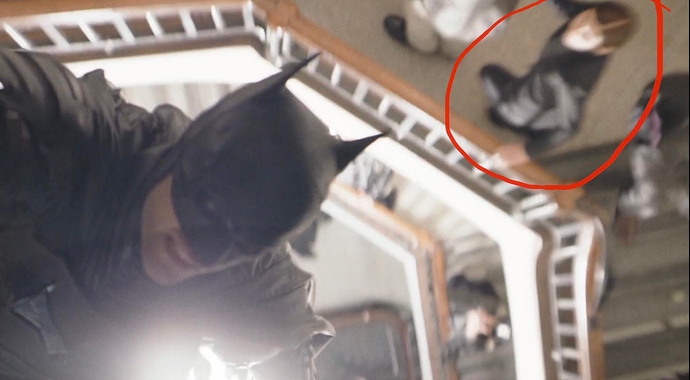 I’m a bit ignorant to the Owls story line, only know a bit about it from the DCAMU take on it, so can you explain what about that is relating to the owls? Like, nothing about it screams the owls to me. Just looks like an average goon that Batman could fight. I can kind of see the mask line in the hair, but it looks more like a hair part. Even in the 4k trailer. So if you have more info to explain it, I’d love to hear!

Basically, the Court of Owls is Gotham’s Illuminati. The rich and powerful have a secret club.

Bruce initially blamed them for his parents’ death as a kid, but couldn’t find them so he convinced himself it was just a fairy tale.

I only think that could be the direction they’re going because of one of Riddler’s riddles could mean Thomas Wayne. And the while court aren’t behind his death in the comics, it may be different in a film adaptation. I dunno, just my brain spinning possible yarns. I agree with the general consensus that the Court of Owls may be not a good idea for a first Batman film, but you never know.