Why hello there, @ObscurityofDCClub and other members of the DC Community! Welcome to Week 25 of Obscurity of DC’s Obscure Book Club! This week, we’ll be focusing on… 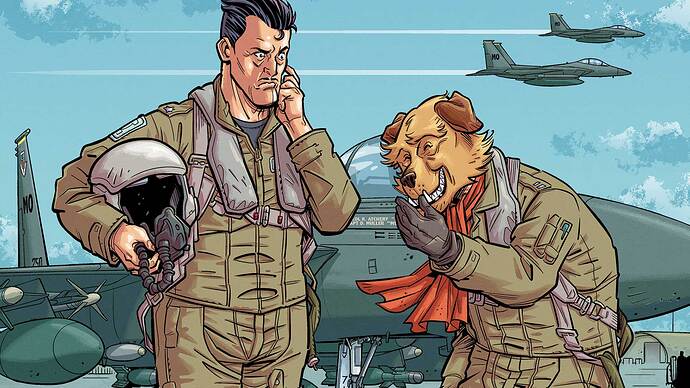 Description from dccomics.com: The world has ended, but the race has just begun for Dick Dastardly and Muttley! Now cast as a pair of fighter pilots, these two must face their greatest challenges yet. Mutt has undergone a shocking transformation—and unstabilium is to blame! Can he and Dick find a cure back home in the United States? Or will Air Force General Harrier personally make sure the guys are grounded for good?

Haven’t read this or even really heard of this property before, but I know it’s in the Hanna-Barbara stuff and the fact that Garth Ennis wrote a Hanna-Barbara comic is…buck wild.

Yeah it’s great! Garth Ennis is my favorite writer though, so there may be some bias.