Heya @ObscurityofDCClub and other members of the DC Community! The month of August will be the first of a 2-part Month of Obscurity. Welcome to the sixth - in the best MLG, gamer voice I can muster - MONTH OF OBSCURITY! For the month of August, we will be focusing on… 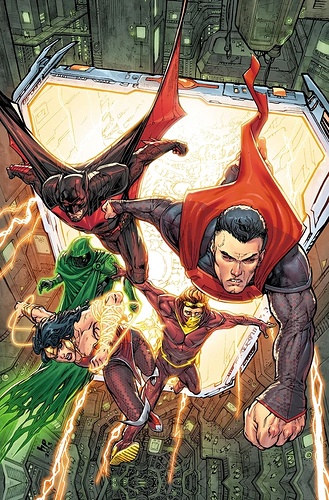 Description taken from wikipedia: Justice League 3000 is a comic book series published by DC Comics. Taking place in the future of the DC Universe as part of The New 52, the series features a 31st century iteration of the Justice League, with new versions of Superman, Batman, Wonder Woman, the Flash, and Green Lantern.

With that out of the way, here are some discussion questions:

I’ve never heard of this but am intrigued. This is why I love this club ans what you do - you shine a light into the dark corners of the DC Universe and give new life to great characters and stories. Looking forward to checking this out!

Thanks so much @FelixLeiter! I’m glad you’re enjoying the club and hope you love the series!

This is a series I remember reading a bit of when it started, but never finished. Should be fun to see where this series goes because…Keith Giffen is willing to do some WILD stuff when he had complete control. Friendly reminder that this series was made as a replacement for the New 52 Legion of Superheroes, which ended with a massive threat tearing apart the galaxy and killing several legionnaires, including one of them being eaten by a group of marauding raider aliens.

Anyway, I also remember this series because the Batman costume in this game was a pre-order bonus for Batman: Arkham Knight, along with the Batman '66 costume, but gated to that and unavailble for people besides modded PCs for YEARS until fairly recently. 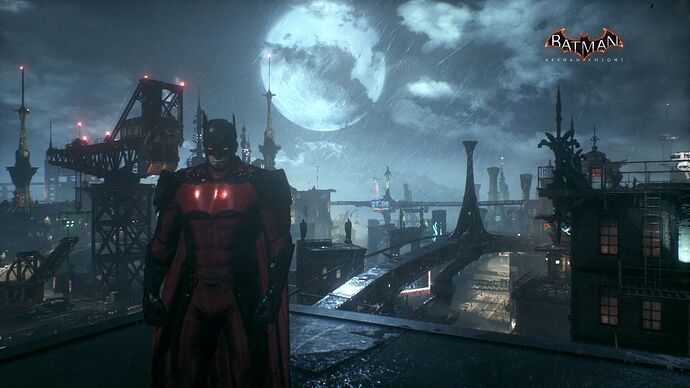