I, Love the Trailer for the New Batman Movie.
Seems Like It Will Involve some Detective work for Batman.
Also Looks Like Batman will be Working with Catwoman.

I Love when Detective Comics Has Mysteries too Solve In Their Movies and Comics Like the Batman Television Show Starring Adam West!
Never Mind Batman and Robin Get in the Heads of the Villains.
Try and figure out the Villains Motivation.

Love seeing the kind of Sherlock/Irene Adler dynamic they were teasing when the project was first announced.

You mean between the Bat and the Cat?

With the Riddler being compared to Professor Moriarty.

The camera fixed to the back of the car to show the tires and view as the car turns and another car flips and crashes - amazing.

This really looks like an amazing film. I would love to see Joaquin Phoenix’ Joker be a part of this world. The look of the films is similar and I can’t wait to see this.

It was beyond amazing!

No more Joker please, he’s been overused way too much. Batman has other villains who are barely used.

I hope that if indeed it will be a trilogy of films, they build toward Joker. Something small in this one (too bad Batman Begins already used the Year One tease). Then a tiny cameo at the end of Part II, before taking his place as the main villain of Part III.

Excellent! Thank you for the link!

If the idea should be to build toward villains in later movies, let’s use some villains that have never had their due in a live-action movie, (especially since the villains in The Batman have all appeared in previous movies).

Clayface comes to mind, as does Man-Bat, especially if a rad animatronic version of him could be done by Stan Winston Studios.

I can see this Batman knowing Thomas Elliot and having a rumble with him as Hush in a sequel.

The Court of Owls would be great to see on the big screen as well.

There are (as Lex said in Superman Returns) “Possibilities, endless possibilities.” for on-screen Batman villains, so it’d be nice if this series veers into those who’ve never been the focus of a live-action movie before.

Like The Joker, no more Joker at least for a long, long while.

Responding Too Vroom and zulmara5.38205:

Your Right!
They Do Use the Joker, the Riddler and Catwoman Too Much!
I, Feel They Use They Because People Won’t Get Into Clay Face, Killer Croc and Some of Batman’s Other Villains!

They, Should Use Clay Face, Killer Croc, Man Bat, the Mad Hatter!
Batman, Like Superman and the Flash, Has A Great Gallery of Rogues!

Now that Morbius has been delayed again, The Batman is now set to be the 1st major comic book movie of the year! 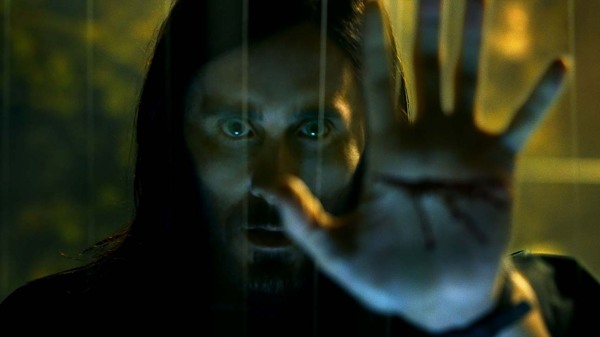 The Sony and Marvel pic had been set to open in theaters in late January.

I swear to Rao if The Batman is delayed AGAIN due to Covid, I’m going to be PISSED.

I swear to Rao if The Batman is delayed AGAIN due to Covid, I’m going to be PISSED.

I’m right there w/ you, but we shouldn’t dwell on that possibility and make ourselves angry for no reason yet. As of today, we’ve still got 2 months left!

Of course, but regardless of what happens, it’s still an interesting tidbit to point out

I would love to see Joaquin Phoenix’ Joker be a part of this world.

I hope that if indeed it will be a trilogy of films, they build toward Joker.

I’m on board with both of your solid takes here @FelixLeiter and @chintzybeatnik. A two installment build toward R. Phoenix’s appearance as the Joker is a slow burn that I def believe would captivate fans. Todd Phillips’ film indeed has a look and feel that could mesh with Matt Reeves’ take and I’d like to see Battinson and Phoenix square against each other in thier respctive roles. Good stuff.

WOW! That is amazing. This will be the best Batman ever!