Between Shade, Eclipso, Jade, Jakeem/Thunderbolt, Starman and generally continuing to develop all the existing characters, this season is certainly gonna be pretty busy. But w/ the same writing team behind it, I’m still confident we can get the same level of quality as the first season

yeah, they did a solid job last season with handling all the characters. Maybe they can help out over in the Titans writing room LOL. Is Johns not tied to both of those though?

He is, but I’d wager he has more creative control over this than Titans. Stargirl had easily the stronger debut season, and I won’t be surprised if it has the better 2nd season, too

I heard Titans simply wanted and got his name on the credits. 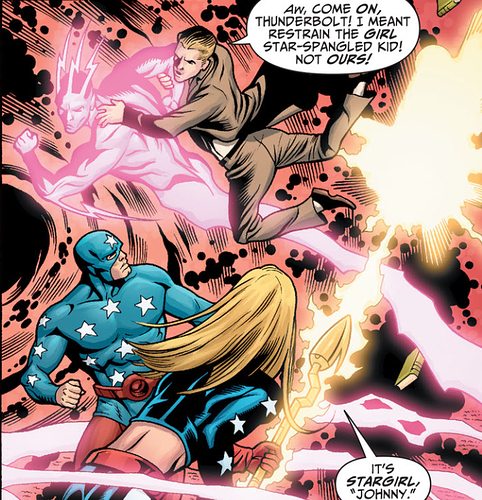 Happy early/belated birthday to me!*

*Early because my birthday is this month, late because the show will premiere after my birthday.

I don’t get the CW here. What other ways are there to watch? I was watching on here originally, but obviously that’s not an option anymore.

I’m so super excited for the 2nd season of Stargirl! It was a long time coming!

Glad to hear it

What are you hoping to see in the 2nd season?

I hope to see a villian Paintball, the return of Sportsmaster, and more of Stargirl and S.T.R.I.P.E in action.

I want to see Skeeter.

You’re entitled to your opinion!

That is now what you said when you tried to sell my secret identity (and somehow thought I was that idiot rich guy).

Sorry, I thought Joker, Two-Face and Penguin would be interested, that didn’t turn out well!