It may be hot outside, but reading comics is always chill. Here’s a checklist of the latest and greatest brand new single issues from DC this week, courtesy of readdc.com:

Which of this week’s new releases from DC and beyond are you looking to read before the bell rings and the new school year starts? Jot down your answer below! 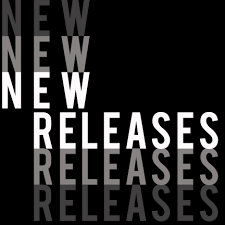 @Behemoth.Ravenlord I read the first two issues and I didn’t like it. The art was a gloppy mess and while I usually like Steve Orlando’s writing, I didn’t enjoy the beginning of his take on J’onn.

My advice is to read the 2015-16 Martian Manhunter series and spend your scratch on a different book.

Good to know, thanks.

I am now four weeks behind in reading

So So
The Flash

@Behemoth.Ravenlord You’re welcome. The '15-'16 MM is kind of odd and out there but, unlike the current series, it works.

@Turok I dug Batman/Superman #1 quite a bit, hope you do too.

Just picked up my comics and geez, do you think Netflix wants us to watch The Dark Crystal: Age of Resistance?

I picked up Superman #14.
I regret that.
I regret buying this whole arc in retrospect.
The art was good.
In regards to the writing, the only decent writing in this arc has been the Man of Steel miniseries, After that, I don’t think they knew where to go and they forgot what they had already written.
The best thing about Superman #14 - We can soon leave this arc behind us.

After one year of Superman and Supergirl ongoings, no one knows what happened to Krypton or who Rogol Zaar is, or when or why an intergalactic war started.

@Coville What’d you think of the Legion’s intro in Superman #14?

@Vroom I don’t think that Jon’s speech was working at all. So the Legion coming in to help is a paradox, and just another bit of writing in a long line of them where it feels like Bendis didn’t think it through, or just didn’t care enough.

Maybe because he is writing too many comics. I know he can write well. But the El Unity Saga is an uncoordinated spacesoup. I had hoped he could use the last issues to mend this mess, but he couldn’t.

Andreyko’s Supergirl is no better. It’s caught in this vortex of poor forced storytelling.

Maybe DC cancelled the original thoughts and had them rewrite and try to fit what they had already written into an impossible jigsaw. I don’t know.

I am really that the Legion is back. Most other ways to present them would have been better.

Big week at the LCS this week. Haven’t dived into the pile my daughter picked up for us yet but will tonight

Love that you and your daughter read comic books. And that she selects them.

I never knew anyone personally who liked comic books even when i was a kid.

She gets a costume update! I’m not sure how long it’ll last, but I’m cheering the cowl’s return.

The costume takes bits and pieces from various recent ones, such as the Burnside gloves and the more armored look of the new52. Generally, I like it, but the stitches on the cowl in the last shot were off for me, considering Dick’s recent headshot and the Burton Catwoman vibe.