So, feeeeeeeew, nerves ! Shaking em off now. Gotta do this !

I have been working on these for awhile now. An really, I found it a lot harder trying to operate my flipping scanner than it was to draw these. Literally I must of spent 20 min trying to link up my printer/scanner to my comp cause I never use the scanner. Anyhow

This first one is just my cover pic cause I dont wana spoil the rest with being seen in the thumbnail pic for the thread. 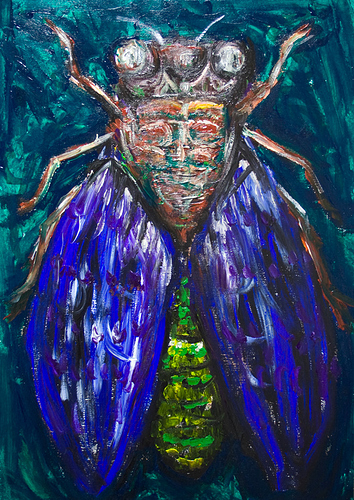 No I didn’t draw that…

GO!
So my take on the Justice League, I had a hard time drawing Martin Man Hunter, but I think with the rest, I really captured something special, my fav 2 two draw out of them were Cyborg and Martian Man Hunter. You would think it would be Green Lantern, but nope. GL is just my fave DC Character in general. 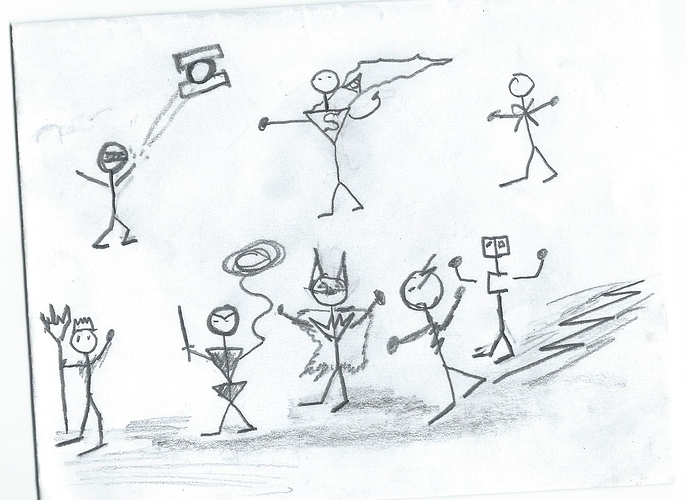 Okay now for some heavy heavy hitters. Brace yourself. 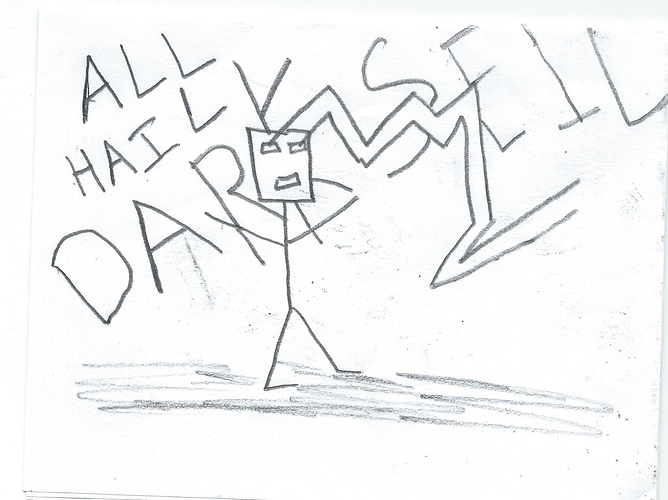 I know, Darkseid, is friggin DOPE AF, probably even better than my Justice League one with all of em in there. I think I really nailed the laser beam eyes.

Okay, this one is my fav out of all of em.
The beloved sinister prankster of mayhem and hijinks, The Joker. Simply Titled, The Joker. I think I captured his insanity rather well. 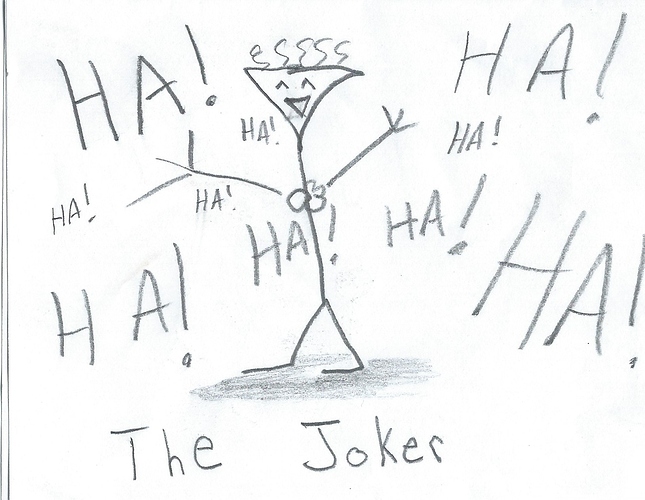 So that is it Gang, Hope you all enjoy these master pieces,Might submit this to DC sometime next year when things settle down. If anyone wants one of these just leme know, I’ll sign it for ya too. roughly a lil smaller than a 5x7 picture I didn’t really think about the size when drawing these , but would make the perfect gift for any DC fan, so I might have to print off a few and sell em on Etsy.

Joker’s winning with his multiple fingers and hair! #clownsrule ˆ▿ˆ

Just wanted to say ty for the replies to all, and yall motivated me to do some more art soon. I’ll keep it to this thread. so stay tuned.

This is hilarious. Also great art, definitely start an Etsy​

Okay, so I created a new one, this time I decided to try my hand at an " Action scene " I might work up to a full story at some point.

So this is my vision of Starro + Lex Luthor VS Superman

Pay a close look at the citizens of Metropolis , not even phased at the danger they are in…, I think I nailed that nicely. While giving Superman that look of confidence , an Luthor a bit of over confidence, and well Starro is just, Starro, Starro thinking he can take over people with his lil mini starros. Oh this time, I decided to try my hand at cross hatching, which for those who don’t know is a drawing technique, I think I did a great job. Now I know people are thinking, how much would he sell this for on Etsy or Ebay… Right now as is. I’d probably sell it for no less than $45.74; if I were to sign it, probably $45.84. 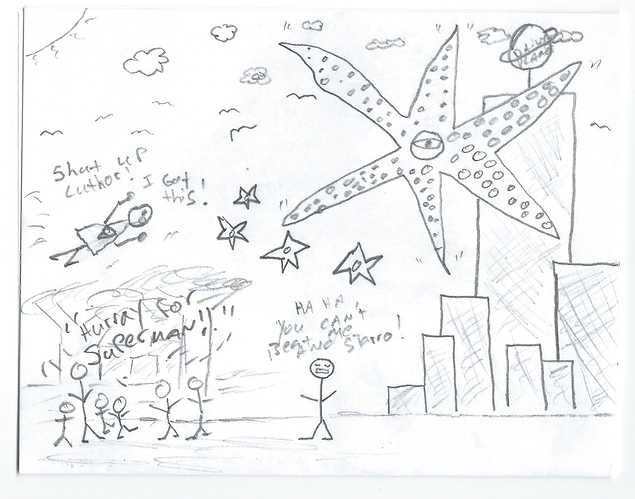 @GLCSector3295 your art is very abstract and a lot better than mine! Keep up the good work

I will go no higher than 75 cents and 4 slightly chewed pieces of gum.

Now that’s a deal worth making! I’m willing to go with 2 new pieces, a candy bar (for cursing at of course), and 75 cents!

I can do better than that, I can go as high as 100 dollhairs.

This art is priceless!