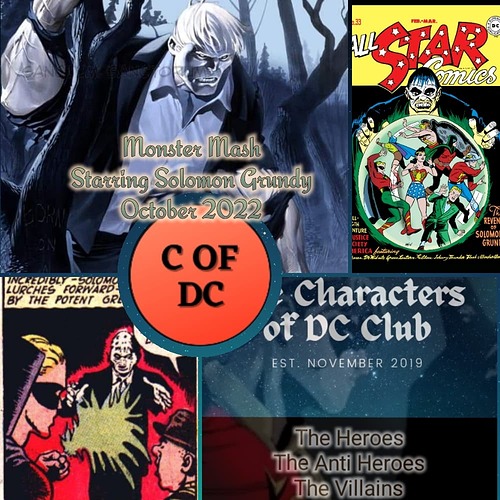 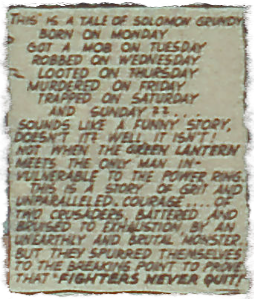 From the image above I think it’s pretty clear which character is October’s Character of the Month. Solomon Grundy has been, among other things, a long time foe of both the original Green Lantern: Alan Scott and the Justice Society of America.This session we are going to explore the many facets of this character both in comics and in other media. So let’s get going @CharactersOfDC members. Slaughter Swamp awaits!

To join CHARACTERS OF DC just hit the link. 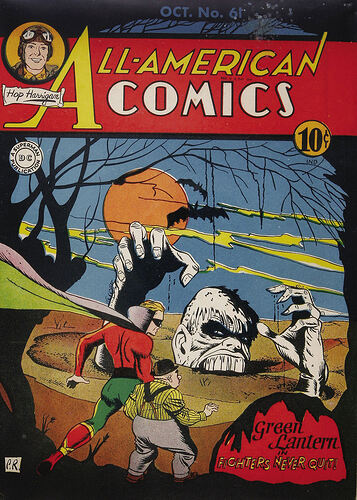 For even more information on Solomon Grundy and for further reading check out these links.

As always I will be posting each weeks topic at the beginning of the week on Mondays starting Monday Oct. 3.

For November: Join C of DC as we celebrate our Anniversary by taking a look back at our very first Character of the Month: Jason Todd.

March 2023 We return and our Character of the Month will be The Question.

Welcome to the first week of our annual Monster Mashin celebration of Halloween. This week, since Solomon Grundy’s actual first appearance issue is not available on DCUI, we will be reading from the December 1945 issues of Comic Cavalcade. Here Solomon Grundy faces off against the OG Green Lantern: Alan Scott in “And Then There was One”.

Over the years Grundy has had many incarnations. How did you feel about this earlier version of the character?

How did you feel about this earlier version of the character?

Far more dignified than his Long Halloween incarnation, for sure.

I actually kind of liked him in this early story but I do enjoy Golden Age stuff so perhaps I’m a bit weird.

In our Week Three session we will be taking a look at a couple of stories. The first is from Infinity, Inc and is called “The Saga of Solomon Grundy” and the second, from Batman: Shadow of the Bat is entitled “Solomon Grundy: One Night in Slaughter Swamp”.