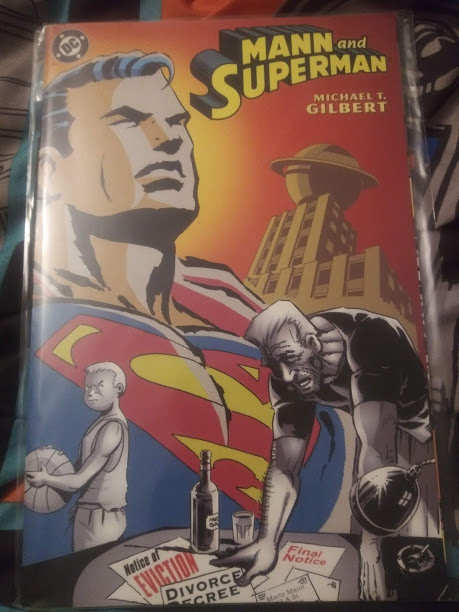 Mann and Superman is a one-shot released in 2000. I have seen this at the comic shop many times and for whatever reason, I finally decided to pick it up. Tonight, I made the choice of reading it. One thing that always drew me to look at the book at the store was the cover art. There is a classic tone that reminds me of Darwyn Cooke. The interior of the book has that vibe but grittier. 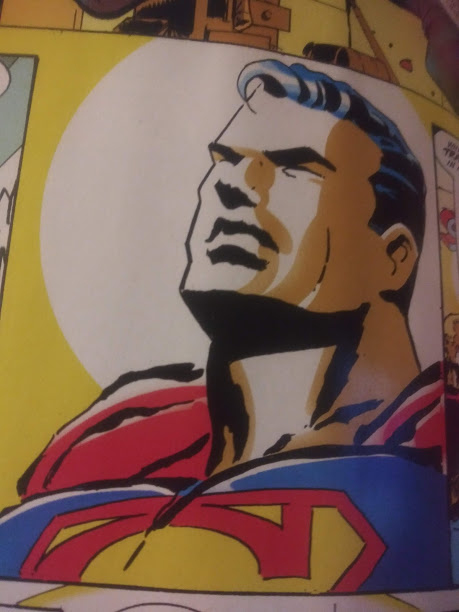 image459×612 102 KB
The story, while it was entertaining and a quick read, wasn’t exactly original. To be honest, this has an Elseworld vibe but I don’t see the Elseworld logo anywhere on the book. (In fact, I asked the comic shop clerk if he knew if this was an Elseworld and he didn’t think it was.) The basic story is that a down on his luck guy, Marty Mann, switches bodies with Superman. Even with the overused trope, the story never stalled. I found the best parts of the book to be what Superman was up to in Marty’s body. Seeing Superman sell-out for beer commercials was just awkward, even knowing that it wasn’t really Superman. 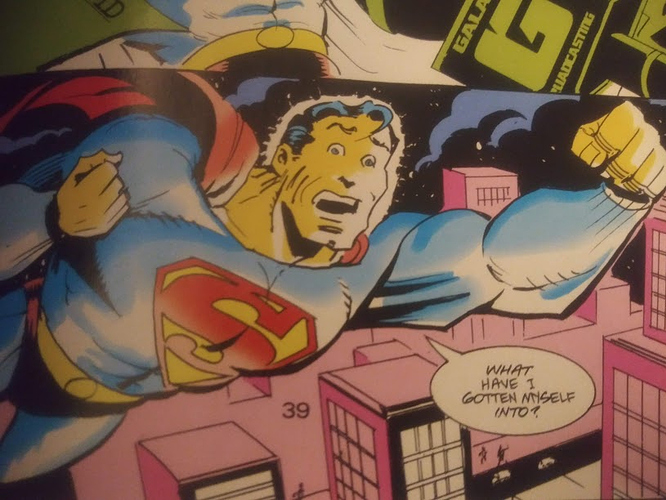 image816×612 233 KB
At the beginning of the book, there was a scene with Clark and Lois. Clark was obviously distraught and Lois just kind of passed off his problems like they were nothing. All the scene was supposed to do was to give the reader a reason why Lois would not be in Metropolis. Instead, it painted her character as cold-hearted. She can come off as pushy or stubborn but never cold-hearted. 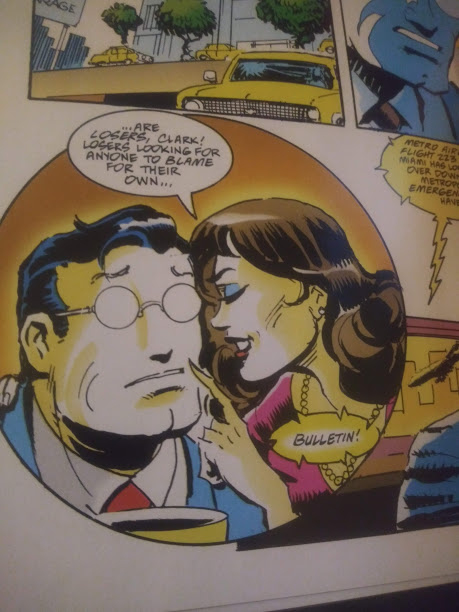 image459×612 131 KB
Overall, this was an alright read. If you are looking for a quick one-and-done read you could do a lot worse. Superman, even in another body, stayed true to his character. The bad guy, if you want to call him that, wasn’t really that bad or even a threat. Just a normal guy who has seen better days.
3 Likes
AlexanderKnox June 29, 2020, 7:36am #2

This issue is not on DC Universe yet, but we do have his Legends of the Dark Knight story for anyone who is interested: “Stories” (1997).

I have a weird feeling we won’t be seeing this book on DCU anytime soon. DC does not acknowledge this book on the talent page for Michael T. Gilbert.