Make Your Own Spin-Off

Just for fun - What characters would you like to see together in a show or movie? 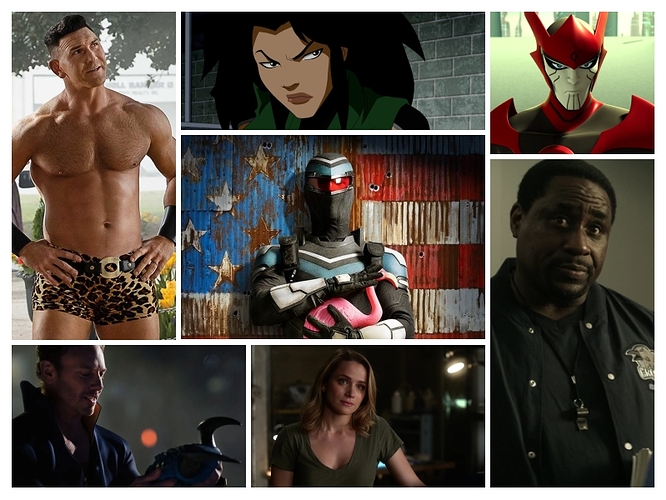 For a movie, I’d love to see a Ben Affleck solo film featuring…

Make it take place before Birds of Prey, since Roman Sionis died in that film. It’d basically be an Under the Red Hood film taking place after Zack Snyder’s Justice League.

I’d love to see Johnathon Schaech as Jonah Hex spun off from Legends of Tomorrow into his own show. He hasn’t appeared in any of The CW shows yet, but Bat Lash could be a recurring character. 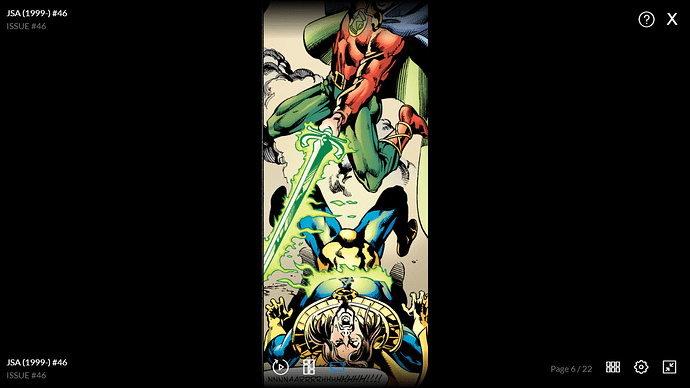 patiently waits for a Red Hood and the Outlaws series

I think you may have done this, but…razor becomes a blue lantern and brings aya back

birds of prey spin-off where it is revealed cass is a martial arts genius after her father kidnaps Harley and the birds, turns out all of cass’s talking were Harley’s hallucinations. oh and Cass teams up with Harley’s bestie Bruce(the human) to rescue her adoptive mother and aunts from her evil dad

since scooby doo is technically dc, I would also like to propose a Hex girls movie

captain cold and the rogues, preferably them doing something like stop some rich corrupt dude or saving some kids, while the flash is on a JL mission in space. (JLU)

and a show for jumpa from superhero high 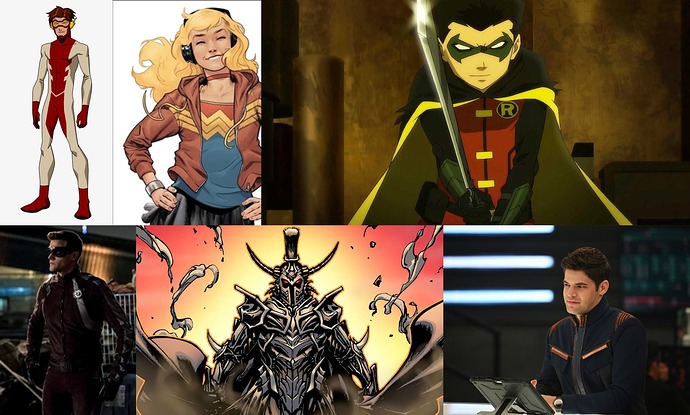 How about a Harley Quinn animated series spinoff featuring Clayface and his alter ego Stephanie? After all, we saw his hand as a major character in a Harley Quinn episode, so I think a show which would see her break off from him (while still possessing his powers) could work.

While I had zero interest in the Melissa Benoist Supergirl, I’ve been onboard since day one with the Sasha Calle Supergirl.

There are rumors of an HBO Max series, only one source has reported it though – The Hashtag Show.

So not exactly The Hollywood Reporter or Variety. Because if they said it, you can pretty much bank it. The Hastag Show though… well, we’ll see.

They are saying though that the show would “explore the character’s backstory and detail just how she winds up in The Flash.” So that sounds plausible enough. So we’ll see…

I’m assuming with The Flash movie this Supergirl is from a different Earth, so that in and of itself is very interesting to me.

So do an HBO Max spin-off series with Supergirl from The Flash movie. And give her her own movie too. Sure, why not.

And also, cast the actor to play Val-Zod in his HBO Max series at the same or similar age as Sasha Calle. Have them almost be siblings in a way. Maybe give him a movie too. And have them both be in each others shows and movie. Do something like that. I’d like to see that.

I like to push the boundaries so here’s mine:

A CW Batwoman spinoff with Batwing.

Inspired by the John Ridley Batman series, Luke Fox branches out of Gotham to reconcile with his family in a new city. The Fox Family had became disillusioned from Gotham and the legacy of Batman had on their family. They became distance from another after Lucius Fox death.

The idea is the Fox family will come back together after the arrival of Batwing and the emergence of a threat that terrorizes their city and the Fox Family themselves when this villain entity knows all the secrets of the Fox Family including ones they kept hidden from each other. Making this fractured family into the next Bat Family.

His city could either be New York, Detroit or Chicago. It would include appearances from Signal, Bluebird, Flamebird, Ghostmaker, Mal Duncan and David Zavimbe(the original Batwing). The Future State Batman would be cool, but I’m getting ahead of myself now.

I am thinking Harley Quinn, Red Hood and Killer Croc, running a garage together and dealing with those Gotham crimes that fall between the cracks and are ignored or unknown to the GCPD and the Bat Family.

I, Would Pick Star Girl’s Co Stars!
Namely, The Wild Cat!
She Would Make an Interesting Spin Off!

One of My Favorite Characters!
You Can Also Make A Spin Off Of the New J.S.A.!
Also Green Lantern!

These Characters are Very Interesting and Well Rounded!
Star Girl is A Great Show!

Prequel to The Suicide Squad, with
Amanda Waller
Javelin
Boomerang
Mongal
Savant
Blackguard
Polkadot Man
…and covering all the arrests that put them in Bell Reve prison

I always wanted to see Lois and Clark (from The New Adventures of Superman) travel to Gotham City and investigate that “urban legend” who happens to be a certain “caped vigilante”.