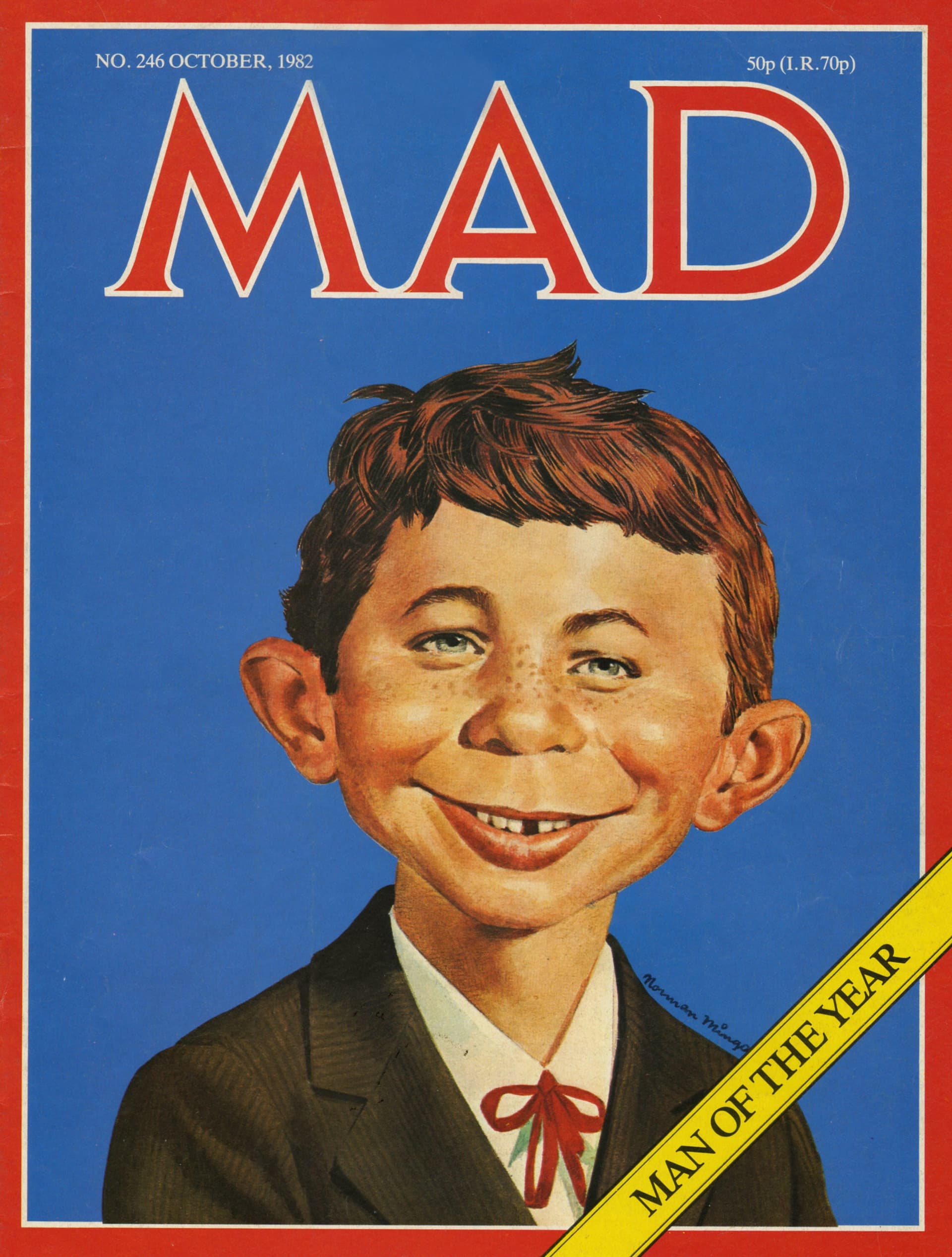 With Mad Magazine is coming out on Tuesday on DC Universe Infinite, I thought maybe we can talk about it.

I had never read any issues of Mad Magazine and am looking forward to read them.
I heard that it’s a humor and parody kind of magazine,
So I like anything that’s funny. A while back I try to think why I never look into it, then it hit me, when I was in 8th grade, I remember a kid brought the magazine to school and my teacher scolded the kid saying, “Don’t ever bring that trash into my classroom ever again.”
Ever since then I thought it was a bad magazine.
Now that I’m alot older and it’s been about 30 years, I really wanted to give it a chance, have fun reading the humor.
For whatever reason, I’m thankful DC Universe Infinite is adding this to their Library, so we can enjoy reading them for many more years to come.

I remember when Cracked was a good website (before it became just awful in a painful slow phase), and I always read their actual magazine was just a poor man’s mad, and Hogarth loves Mad Magazine.
Sorry for the bad quality. If I am correct, HBOMax also has Mad TV. I really loved those first few seasons and the Spy vs Spy cartoons.

Growing up, I had a copy of my uncle’s Mad Magazine. It was a normal softcover book with comics from the 60s that went over my head. It did have Spy vs Spy though!

I hope you enjoy Mad Magazine when it drops on DCUI!

I subscribed to MAD back in 2019, so while i’m a fairly new reader I enjoy the magazine. Can’t believe its been around for 70 years! Happy 70th MAD! Here’s to 70 more!

Didn’t know that, Thankyou for letting me know, next time I get HBO Max, I’ll have to check it out.

The show is very off balanced but I remember it debuting when I was a kid. At its best, its a Saturday Night Live clone.

Then there was this show on Cartoon Network. I sort of remember it but I can’t really say too much about it.

Mad (stylized as MAD) is an American animated sketch comedy television series produced by Warner Bros. Animation. The series was based on Mad magazine, where each episode is a collection of short animated parodies of television shows, films, video games, celebrities, and other media, using various types of animation (CGI, claymation, stop-motion, etc.) instead of the usual animation style that Warner Bros. Animation is known for. The series premiered on the evening of September 6, 2010 on Cart

I am personally interested to see the first 23 issues of the series when it was considered a comic book as opposed to a magazine. Some really great talent on those early issues.

I hope you enjoy Mad Magazine when it drops. I grew up reading Mad, and my weird sense of humor and love of puns is probably a direct result.

MAD Magazine is great. Its all things wonderful for folks with a sly, witty, creative and slightly bent sense of humor.

MAD TV…that was good for about half of its run. Then it became a lazy clone of Saturday Night Live (which, the rare funny bits aside, has more or less been a parody of itself since 1997).

Still though, MAD TV did star one of the best on-screen Green Lanterns for a while, so it had that going for it…which was nice.

How the heck are we supposed to do the fold-in via digital?

But is it a funny parody?

For every one good bit from '97 on, there are innumerable others that stink, cause one to sit back on the couch, roll their eyes, say “Geez, SNL still sucks.”, then follow that up with “I miss the days of Phil Hartman, Julia Sweeney, Mike Myers, Chris Rock and the rest.”

Somewhere in Heaven, Norm MacDonald is looking down on SNL in its current state and saying “Wow man, the show seriously sucks. I would never lower myself for that.”

We miss ya, Norm. We really do.