Love Is Love: When IDW, DC, and More Came Together 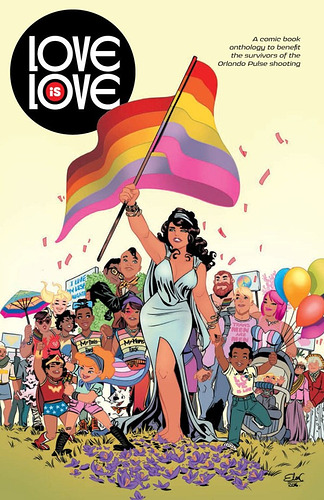 In the wake of the Pulse Nightclub shooting, the world found itself at a loss. I was horrified as I watched a 24-hour news channel in complete shock and disbelief. The comic world wasn’t silent and we saw the release of Love Is Love. IDW joined forces with DC and many other comic publishers to release a book that did not stay silent. The writers might have been at a loss for words but found them. DC had its characters appear throughout the book. Harley Quinn and Poison Ivy had a one-page story about what love means to them, Superman has a pin-up, Batman shows up for a story or two, Batwoman explains what it means to be brave, and many other DC characters sightings. 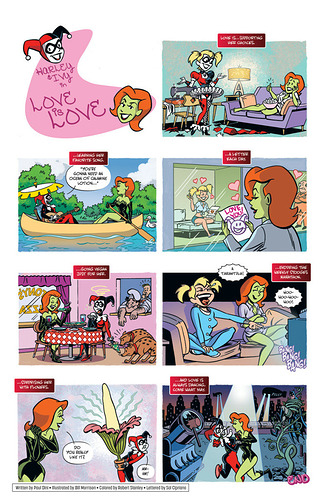 I wish I could say Love Is Love is an easy read. If you are looking for a fun read to celebrate Pride, DC Pride #1 is the book for you. Love Is Love is a heart-wrenching and tear-inducing read. It is filled with poetry, one-page stories, and pin-ups. Yes, there are happy endings but that doesn’t make the read any easier. Even those happy endings have left tears in my eyes. Every word and drawing is filled with compassion, love, and grief. Some simply asking the question of the reader to be a part of a better and accepting society. Other stories ask the reader to try to make sense of the Pulse Nightclub shooting and the implication is that you cannot make sense of it. One poignant story had Batman investigating Pulse and the police standing outside saying “he is in there” and “if anyone can make sense of this, it is him.” The closing panel has an image of a solitary Batman with a confused look on his face. 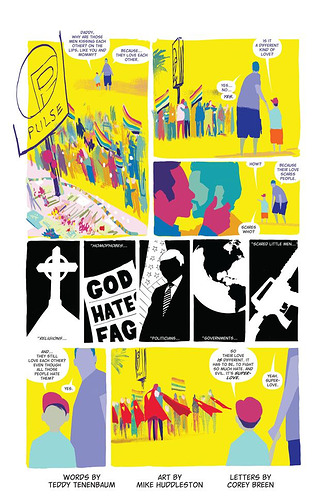 As Pride Month is wrapping up, I felt like it would be a good time to shine a light on this anthology. Sadly, this is not on DC Universe Infinite but it is on Comixology Unlimited and I think Comixology might even have it on sale for a few more days.

Have you read Love Is Love? If so, what did you think of this book? I haven’t read Love is Love in full yet, but doing so would be a groovy note to conclude the month on.

Thanks for the heads-up, @D4RK5TARZ!

Where else are you gonna see Batwoman, Archie, and Harry Potter in one comic? Be prepared for the emotional rollercoaster that is Love Is Love but it is definitely worth reading.

Kind of wish Harry Potter hadn’t been included because his creator doesn’t support everybody in the LGBT community.

If I didn’t read earlier in the book that one of the victims was a cast member for something Harry Potter I would have thought the same. Within context, it was a fitting tribute.

I’m not a big Archie or Harry Potter fan, but within the context, I can tolerate 'em aside the badass that is the Kate Kane Batwoman.

A friend just gifted this book to me today, very excited to dig into it

I have really complicated feelings about that, and I have no more authority on the subject than anyone else, but ultimately, here are my two cents:

Again, I can’t really speak to any of this more than anyone else. But this is my opinion.

And even if all of this wasn’t true, this sort of allowed Harry to come out against Rowling.

Let me say… Why the ■■■■ would Ivy want Harley to go vegan? She won’t let anyone do anything to plants, but she doesn’t treat animals any better than she treats people: Remember that time Harley killed all the fish and she was like, totally fine?