I want to read the current Legion of Super Heroes run (for my “read everything published in 2021 challenge”) and I don’t know anything about them! Can I just start with volume 8 #1 or should I read something else first? What are things I need to know about the legion before starting?

You can jump right in with issue #1. The way it’s written, Jon Kent is seeing their timeline for the first time. So as he learns about characters/locations, so do you.

#1 should do. They’re entirely new characters with no history.

If you haven’t already, you might want to read Bendis’ Superman title. The story there up to issue 16 leads into Legion (although they only appear in the last few issues of the story.)

The way it’s written, Jon Kent is seeing their timeline for the first time. So as he learns about characters/locations, so do you.

Yeah, the thing about the Legion (and probably one of the reasons why they can be hard to get into for some) is that they’ve rebooted their continuity at least…four times now. The Bendis series is just the latest attempt at it.

Oh, and something else to look at would be the two-issue mini that sort of leads up to the new series called Millennium, which basically follows a woman who discovers she is immortal and how she survives and adapts to the bunch of different future states (no pun intended) we’ve seen in the past leading up to this take on the Legion.

oh that sounds super fun!! thanks for telling me about it!

Right in the middle of the final storyline.

We actually featured the issues being discussed here to check out before starting the new Legion Series in our Legion Fan Club.

Here’s the link to the discussion plus it also has the issues prior to the new Legion run conveniently linked as well: 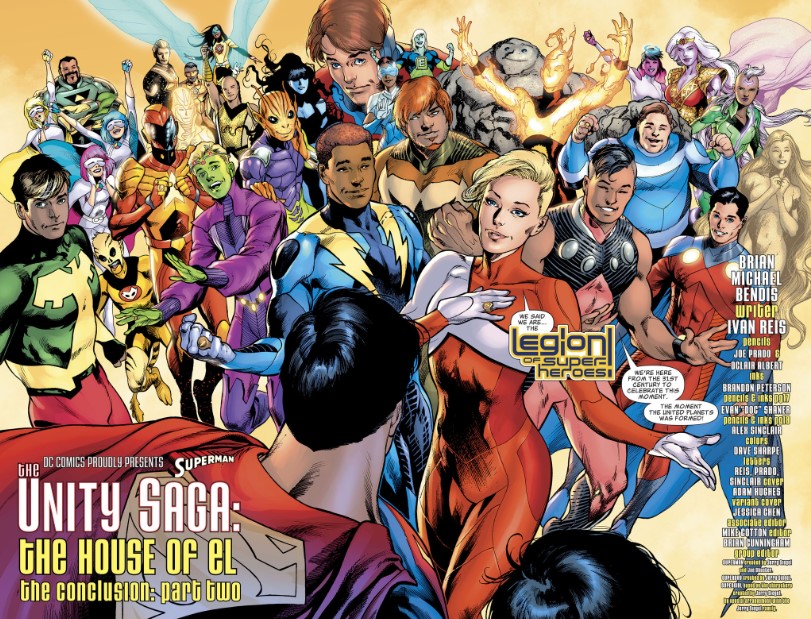 [Legion Fan Club] and other interested parties, this month we are compelled to leap to the very very edge of Legion material digitized in our beloved DC Universe Library. Therefore, and without further adieu, we present: THE LEGION OF SUPER-HEROES...

The LEGION books, kinda like the HAWKMAN books, take on a whole new life with every iteration. Some workin out better than others. The current series’ of both are pretty good and dont require much past research. It would take some effort to find a more “dc’s last event really wonked that book up” set of characters than the L.O.S.H. and good ol’ Hawkman.