For our Week 17 Legion of Super-Heroes Club Weekly Reader Book Club literary excursion, we continue to gaze upon the first Keith Giffen work for Legion with Paul Levitz, circa 1982.

Questions to ponder and discuss:

Next week, we revisit the 2010 run, same author, but around 25 years later in his career! 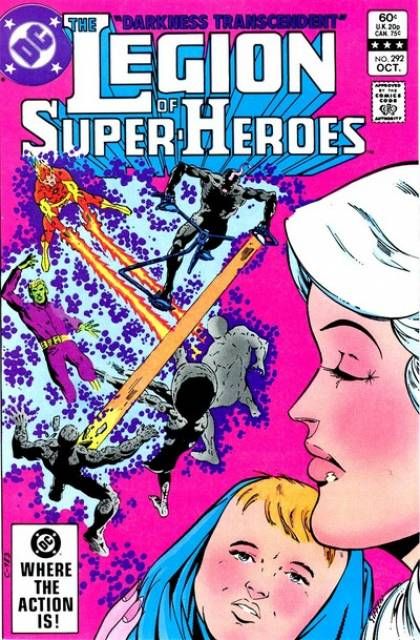 Just want to make one note about the extra credit: You mean to tell me that DC had the choice of teaming up the Legion with a similar yet wildly different character from Looney Tunes…and they didn’t choose Duck Dodgers?

True, but let’s give them partial credit… Bugs does look good in the Superman outfit, don’t you think?

Only a day or so left on this one! I’m on 293 right now (amazing cover, by the way), hopefully I can finish up today when I get off work.

I loved the Legion/Bugs Bunny crossover. The first story was really funny. The editor up and quitting was hilarious. I honestly felt like I could hear Don-El saying all of those editor notes. I like the New 52 Supes suit and how it looks on Bugs. Wonder Woman’s suit is probably my favorite of his looks though. I’m glad they kept his tendency to do drag. The Legion constantly experiencing bouts of angst was just comical! I believe that was Timberwolf, but the recurring gag of him being hungry the entire time and falling victim to the dog bone was great. Bugs really does have some extraordinary powers to be able to conjure things out of thin air. Zatanna is quaking. Computo 2 falling in love with his creator, Brainiac 5, was the cherry on top of the looney tunes cake.

The second story pretty much being the first one with just a few minor tweaks actually didn’t bother me in the least. I enjoyed it just as much. I really liked the art. Bugs pulling a Popeye with the carrots is a fun concept. I loved this crossover. 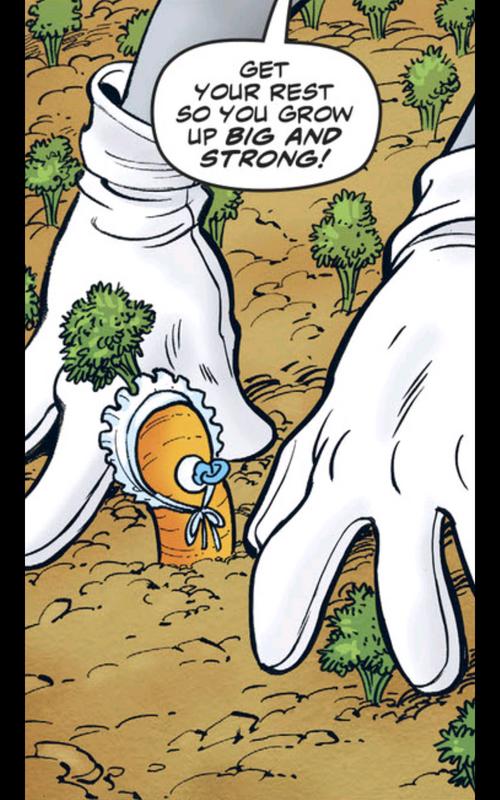 Yes! When I saw that carrot with the pacifier and the baby bonnet, it was the most adorable moment of the book.

Just finished it – overall, I can definitely say that by and large this story is worthy of the hype. The way the book slowly but surely builds up the tension and stakes was amazing, and it definitely has lasting repercussions for the universe these characters inhabit.

“First, the artwork. By the end of this narrative, many agree that Keith Giffin finally hits his stride as one of the great comic book artist / storytellers. What do you like and/or not like about his style by the end of the saga?”

Giffen definitely hits his classic style with this story. You can see the Kirby influences here that is pretty much his pastiche style now, but I also see a lot of George Perez and Steve Ditko in the designer/psychedelic nature of it as well.

“Did having every possible hero and villain in the Legion universe involved in this storyline work well? Why or why not?”

I think it helps to sell just how crazy high the stakes are, when you see some of the Legion’s most feared enemies brought quickly to heal by Darkseid, and even little things like Validus thrashing around Taltron-Galtos while things are happening just give the story more depth.

“Is the conclusion reasonable and believable within this fictional world? Why or why not?”

…I guess? This part is definitely where it stumbles a bit for me. Like it basically ends with Saturn Girl convincing Darkseid of…something that makes him give up, take his ball and go home. That I felt was kind of lame, like I think it would have worked better if they just stuck to having Highfather and Orion take Darkseid out. While it would mean that the Legion were sort of side-characters in their own book, it would have at least felt more of an “earned” story, and you could have had it where they saved the freed Daxomites that were in the crossfire so that they have some sort of role to play.

“Any thoughts on the baby?”

I had a feeling it would be a reincarnation of Orion or Highfather, which I guess turned out to be the case. I dunno, maybe I was reading a little quicker than I should have, but I didn’t feel like this part really worked that well.

I feel like I’m coming down on this too hard, but I still really like it. I would compare Great Darkness Saga to a gymnast who does this impressive triple flip and one of their knees buckles on the landing – sure it’s not a perfect move, but still pretty damn impressive.

In a comicbook fan world full of diverse opposing opinions, uniquely I find myself fully agreeing with all your observations.

I’ll keep an eye out as we read later Levitz-Giffen issues to see if they shed more light on Saturn Girl somehow saving the day.

To the earlier point here, Darkseid in 1982 isn’t the Darkseid of today.

And that’s a wrap! Later today (as I type this in a hotel lobby in Chicago), we time travel to the 2010 / 2011 Levitz run for the second to last time! Wait…is that a SunEater I see waiting in the wings???