If this is your first Watch-Along, here’s how it works, squire: on Saturday, June 29th, queue up Constantine SEASON 1, EPISODE 8 on whatever device you use to watch DC Universe streaming content, and the moment your clock strikes 9:30pm PST/12:30am EST, press play! Then watch it unfold with your fellow members and comment with us, live, here in this very thread!

If you have any questions, just ask! If you have any complaints, just print this out, mount it somewhere within your field of vision, and contemplate it until the feeling subsides! https://i.postimg.cc/Mp1sGS9T/50555641ecdc.jpg

Everyone is welcome! So come! Watch! Chit! Chat! Be therrrrrrre! 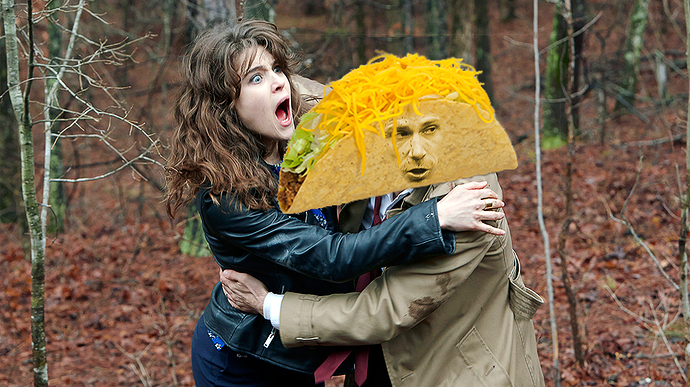 Would it be wrong to sneak some cheese from Taco Head John when his attention is focused elsewhere?

Example…you’re riding shotgun in a car while John’s driving and you’re both engaged in a lively conversation. Then you casually reach over, grab a small handful of cheese to nibble on and say “Look John, there’s Piccadilly Circus.”

Does that violate social decorums?

Well John’s a pretty chill guy. And he was probably going to bargain your immortal soul away anyway. Might as well get something out of it.

Is it awkward if I pull out a bottle of taco sauce?

@biff Yeah, that would be awkward.

I’d go to dab a sprinkle on and then John would slam the brakes, roll down the window and proceed to cuss out the person that made him slam said brakes.

He’d say “Toss off, ya mangy git! I don’t care if you’re Eliza bloomin’ Doolittle, you don’t pull that in the middle of the bloody street!” then he’d keep going on.

Meanwhile, I’d nab some more cheese in a fashion that is most sly

I made up the recap. I couldn’t really remember what happened.

What are you all taco about?

The Deep State will stop at nothing to destroy me

Ol’ taco head John there reminded me of a taco joint I lived near when I was a kid named Taco John’s.

To quote the theatrical trailer for Batman & Robin: “It all comes together!”

Boy, I sure could go for a hot dog and taco combo right now.

I have reverse precognition!!!

6 hours until the Taco Saga is resolved!!!

@biff_pow That was the rejected name of ABC’s Friday night lineup of sitcoms in the 7:00 to 9:00 pm time block. Nobody thought that name would derive ratings or advertising revenues and they were right.

Then, ABC hot shot executive on the rise Chick McDonald suggested TGIF as the name of that programming block and well, the rest is television history.

Grandpa Don-el will be snoring by then, but rest assured we watched this series the first time it aired! S C A R Y…but somehow had a romantic angle…

We’ll see you in your dreams!