Kiteman Is Getting His Own Show 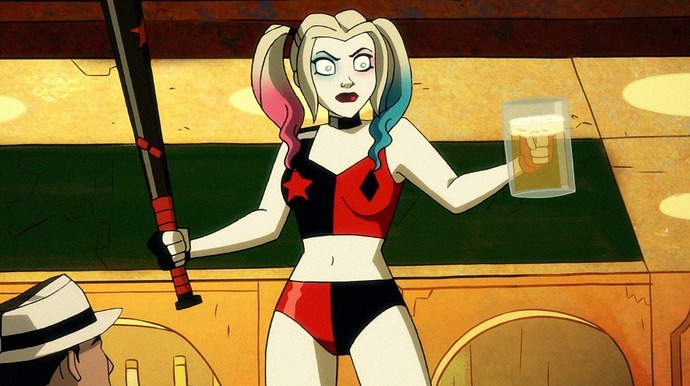 Sometimes you want to go where everybody knows your name, and where you can toss back drinks with Bane or Lex Luthor.

I don’t even know what to make of this, other than to say, Hell Yeah.

This sounds pretty awesome actually. And the setting would open up a lot of story possibilities, not to mention great character work.

Idk, considering how long it’s taking to get season 3 done, I feel like they should really be focusing all their efforts into HQ before looking at spinoffs. And while the general premise does sound cool, I can’t say I wanted to see that much more of the guy who was the biggest obstacle to Harlivy. But dammit, I just love the universe of this show too much that I can’t say I wouldn’t watch it, and I guess that’s all that really matters in the end

.
Always like seeing more Gro this universe. Maybe a chance to see more Bane.
And a spin off makes me feel they’re more confident in keeping the show along. Nice.

Hey @Jurisdiction - think this could include All-Star Section Eight?

I sure hope so lol

That’s cool! I didn’t imagine the idea of the HQ show being the one with spin-offs or having its own franchise, but I think it definitely works. “Cheers with supervillains” is definitely a good pitch. I’ll definitely give it a watch if/when it comes out.

I feel like Matches Malone has to show up on this at least once.

I think it’d be funny if everyone could tell it was really Bruce and they were just humoring him or something.

Matches runs away as Bane and KM bicker

Episode idea… Kiteman has to face a murder of crows that keep attacking people flying kites at the international kite flying championship we’re at the same time toy man has infiltrated the event to steel the prize of a solid gold and diamond kite. Him thinking kites are children’s toys finds out the hard way that Kiteman knowing differently and ends up stopping him with the help of the murder (crows). Throw in a lil ivy or sportsmaster for some cameo fun and it weights it’s self…

I think I figured out what is going on- the creators have and never did have a satisfying (to them) idea for what to do after episode 26.

For one it is not really two seasons, but one long season. There was only 6 weeks in between (seasons), so they were obviously made at the same time, just with a small hiatus. The ending for episode 26 was always their endgame, and now they cannot figure out what to do with them. Thus they are interested in seeing what they can do with Kiteman.

Looking more into it season 2 ended 21 months ago still with no release date, and season 3 was announced 18 months ago. That should at least be time for a teaser.

Looking at the wikipedia information apparently they lost their show runner, so I guess he had all the future plans if any. They said at one point it would come out late 2021 then “sometime 2022.” “sometime” normally means they are well away from finishing and need very loose dates. It also said they started recording in February 2021. With so little out right now I think that likely means they had a direction, started, and then scrapped it.

Thats cool but no season 3 of Harley Quinn out yet?

Kiteman gets his own show and Polka-Dot Man was in a big movie. Crazy.

I Think That Kiteman Is A Crappy Character!
I Wouldn’t Watch A Kiteman Series!