I’m building a GA Justice Society set. Want to keep them very similar in size and style with a preference for that original, minimally articulated DC Direct style. Dr Fate and Dr Midnight are a little hidden here. Obviously missing the Hourman from that line, but then I’ll have to branch out a little. I’ve seen a Hawkman 1st Appearance figure that fits the look. There are a set of Atom figures that are probably close enough. Ditto for Black Canary. Any others you’d suggest?

Would also love some suggestions for figure stands. I need to bring a little elevation for my guys in back. 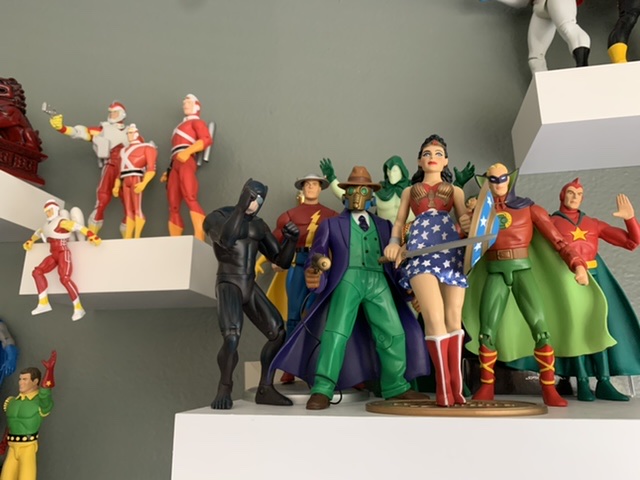 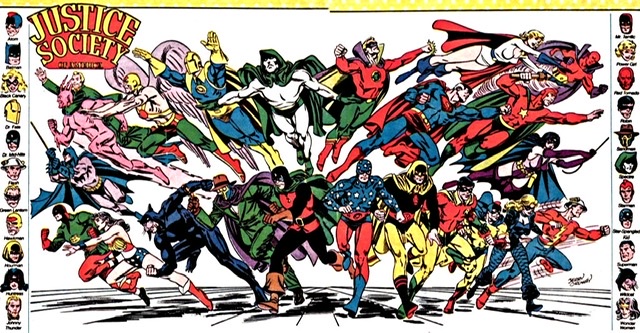 There was also a Hawkman/Hawkgirl two pack that came out with interchangeable helmets to make them look either Silver Age or Golden Age.

Can’t wait to see it completed! 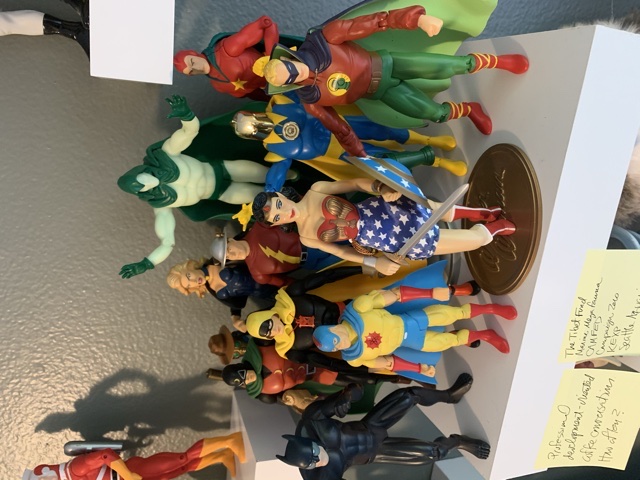 Made three additions. Atom, Black Canary, and Hourman. Can’t believe there’s no Mr. Terrific. It’s a shame because it’s the one obvious hole in the originals. Found a good Golden/Silver Hawkman and a Silver Batman from the Re-activated series and a Huntress from the Crisis line that match the look from the team shot I’m using as inspiration.

B. It is a pity no GA Mr. Terrific figures exist. Given how many GA JSA members were produced by Mattel in DC Universe Classics, you’d have thought he’d be a shoe-in, especially as a companion piece to their own Modern Age Mr. Terrific.

An Amazing collection of my favorite DC characters you have there. I went with the DC Universe Classics figure. You’re making me want to display my collection.