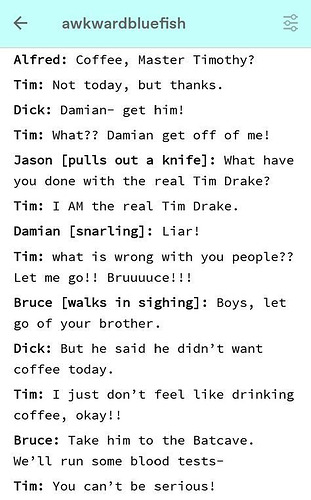 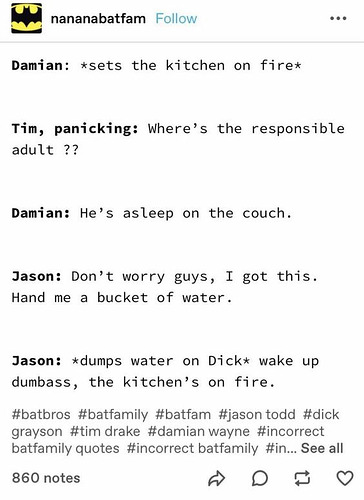 Jason: He’s the only semi-responsible one.
Dick: Speaking of, go clean your room!
Damian: He’s the only one that’s not totally insufferable.
Dick: It’s because I give great hugs.
Tim: He’s great at dad jokes.
Dick: Knock knock.
Tim (groans): Who’s there?
Dick: Who?
Tim (facepalms): Who who?
Dick: Court of Owls! HA!
Steph: He’s super helpful.
Dick: Steph I did your homework for you.
Babs: He never stops making puns. Ever. He’s like the pun KING!
Dick: She’s not jo-king about that either. They call me Punder Woman.
Bruce: He needs to stop distracting my kids while they’re being beat up and taken.
Dick: Oh ■■■■! We gotta go! 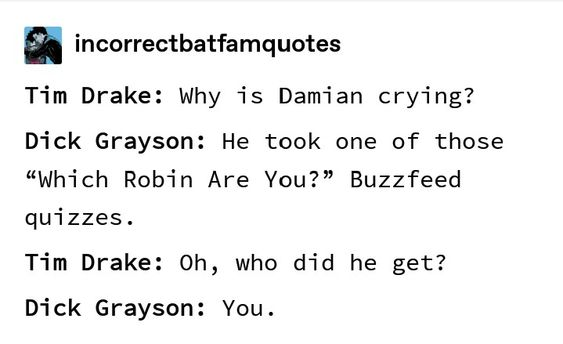 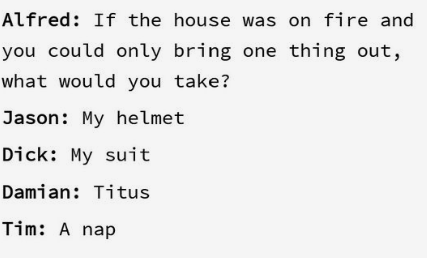 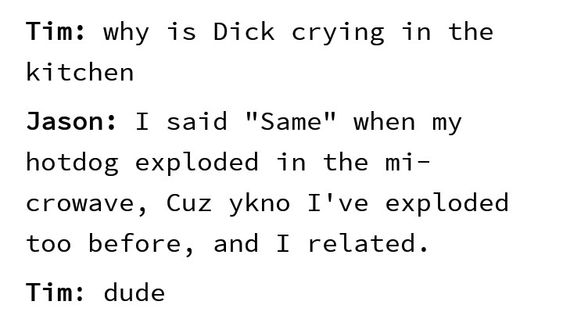 Ouch. But so true.

Booster: The stars are so beautiful…
Ted: They’re just giant balls of gas.
Booster: You know what, if you’re just going to ruin this, then-
Ted: And yet none of them are as huge as my love for you.
Booster: Oh…

Ted: Ugh, crushes are so dumb.
Booster: I know. Whenever I’m near the person I like I just start acting stupid.
Ted: But you’re always acting stupid?
Booster: …
Booster: Yeah, don’t think about that too hard.

Booster: When I was young, I left a trail of broken hearts like a rockstar. I’m not proud of it.
Ted: You’re kind of proud of it. You work it into a lot of conversations.

Ted: Two brooooos!
Booster: Chillin’ in a hot tub!
Ted: Five feet apart 'cause we’re not gay!
Booster:
Ted:
Booster: tearing up
Ted: Babe, c’mon…
Booster: AND HERE YOU REALLY HAD ME THINKING WE HAD SOMETHING.
Ted: Babe…

Ted: Are you ready to commit?
Booster: Like, a crime or a relationship?

Booster: Do you want to know your gay name?
Ted: My… my gay name?
Booster: Yeah, it’s your first name-
Ted: Haha. Very funny Booster-
Booster: gets down on one knee And my last name.
Ted: Oh- oh my god.

Ted and Booster are in Paris.
Ted: I’m…moved. I…I don’t know what it is I’m feeling right now. I feel…destiny?
Booster: But…
Ted: I don’t know what it is. I feel like… I just never thought I’d see it with my own two eyes. And here it is. It’s just there. It’s right in front of me, and…
Booster: This is what you wanted to see? The bridge from Inception?
Ted: Yeah.
Booster: But the Eiffel Tower is behind us, babe.
Ted: Yeah, but this is the bridge FROM INCEPTION.
Booster: Okay, alright. 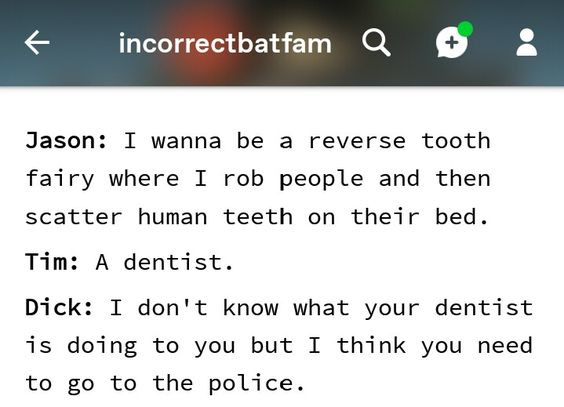