In this soon to disappear animated movie classic, there is an alternate universe where the roles of the heroes and villains are reversed from their counterparts in the mainstream DC Universe, heroic analogues of Lex Luthor and Joker (called the Jester) are stealing a device called the “Quantum Trigger” from the headquarters of the Crime Syndicate (villainous analogue of the Justice League)!!! Whaaaa???

WHO’S WITH ME??? YEEEEAAAAAYYYYYYYY!!! (note: you don’t need to sign a petition or pledge to join …THIS TIME!!!) 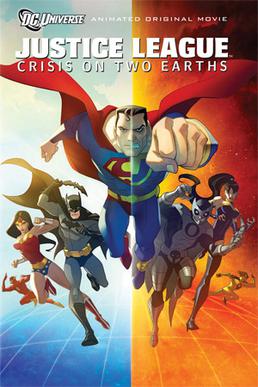 I feel like I own this and watched it not that long ago, but what the heck. I’m in! Putting it on my calendar, so I can actually remember to be here for it!

I put it on a physical calendar and Outlook, lol…Grandpa gets a tad forgetful come about 6 pm ET over here…

@Don-El Do you offer reserved seating, good sir? In any event, I’ll take a ticket for one please.

Both your seating and the seating for Princess zsmethyst have been assured!

Where did I put that digital ticket punch?

A reserved seat is so sweet.

I’m going to meander over at the Barnes and Noble across the way until 10 minutes before showtime.

Count me in. I love watching these movies with die-hard fans.

I expect to be another by the creators doing this movie is will be tuned in for sure!

What I meant to say was this is going to be another classic by some of the producer’s of DC Comics!

wheels in a popcorn popper with DC artwork emblazoned on it

Over by the fourth wall

I’m late to answer but I’ll be there

I’m here! I took a new med that causes drowsiness, but I am here!