Happy Birthday to Gardner Fox, the man who created the teams we know and love today, both the JLA and the JSA. He also inspired the Batarang and one of my favorite heroes Hawkman, as well as the Flash (Jay). His birthday is tomorrow May 20th. I am doing this in his awesome memory, may he rest in peace. 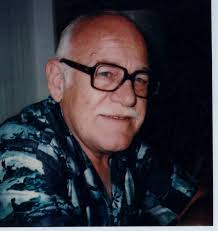 That man was a legend and a large part of the reason the DCU landscape looks the way it does. Happy birthday, Mr. Fox, on whatever extra dimensional plane where you now rest. Thanks for all you (along with the likes of Julius Schwartz, Carmine Infantino and many others) gave all us DC nerds, geeks and dorks.

What a lovely thread, thank you @Behemoth.Ravenlord.

His creations continue to delight and inspire and I’m so happy that they’ve helped to unite so many awesome people together.

I found out what his birthday was and put it on my calendar so I could make this thread to celebrate his works.

Father of the DC multiverse.

We would not be reading comics without him.

Siegel and Shuster, Kane, Finger and Robinson, and Fox essentially defined DC’s Golden Age. When we talk about “legacy,” it’s largely their work we speak of. Happy Birthday, Mr. Fox, and thank you for the DCU.

Now is officially his birthday.

It was a Festivus Miracle!

Gardner Fox was a genius.

When i was a kid, i think Julie Schwartz was the only editor that gave the credits for writer and artist so i knew who was

I didnt know that Jerry Siegel was still writing scripts for the Superman titles.

And the only name on Batman was Bob Kane.

But Gardner Fox was the best of them.

I still remember his Justice League of America and Hawkman.

And i was fascinated when Earth 2 was introduced in Flash. How i wanted to read those stories, and i am still astounded that many are in our library

I bought All Star 57 digitally, just to get a taste of the JSA, a few yeard ago.

It has been said that the publishers of DC and what was to become Marvel played golf one day. And the DC publisher said that JLA was producing great sales.

The next day, the Marvel publisher ordered Stan Lee to produce a group book.

That book was the Fantastic Four.

So without him, there may have not been a Silver Age, for both DC and Marvel.