I’m hoping someone here can help clear up a discussion I am having with someone on a private FB group. They claim Ethan Van Sciver co-created Jessica Cruz along with Geoff Johns. While it does say as much on her Wikipedia page( without listing a source for the information)I don’t see how that can be true. Her first full appearance in Justice League(New 52) 30 is drawn by Ivan Reiss. She has a one panel cameo in Green Lantern(New 52) 50 that is the first mention of Jessica. The issue is drawn mostly by Doug Mahnke but Ethan Van Sciver is listed as a contributing artist among many others. The cameo in question I’m pretty sure is drawn by Aaron Kruder, and it’s only of Jessica’s hand. The person I’m arguing with in insistent that Ethan Van Sciver is her creator despite all the info that seems to tell me otherwise. Anyone hear know the truth?

Read this article about it… Hell Yeah Teen Superheroes — Will the real creator of Jessica Cruz please stand...

Completely agree w/ this. I have no idea why Van Sciver is credited as her co-creator when he clearly had no hand in doing so. That cameo of her hand shouldn’t even count toward her first appearance. I get the sense that on the art side, Doug Mahnke probably had the biggest hand in helping create her, though I’d also understand crediting Ivan Reis as well since he was the first to draw her fully

Edit: I really hope that Van Sciver being credited on Wikipedia is just some sort of editorial oversight on their part and not actually official. Because the thought of him making any money off of her appearances is just awful

You should challenge the author for a reference. Or submit to Wikipedia that the information is wrong…
You can write your own Wikipedia page, so who know’s who added that silliness!

I hadn’t actually thought to do that, but I guess someone else here did since her Wikipedia page has since been updated to remove Van Sciver and put Reis instead! So that’s definitely a relief

It’s still me Doc Zoom I just changed it up for my anniversary.

I believe YOU caused change and that’s AWESOME!! I’M PUMPED!!!

V.S. deserves Nothing in connection with that wonderful creation That is Jessica!

I recognize some of the people who like your post. They may have taken the initiative… Good CATCH!

I believe I have heard Van Sciver take credit for co-creating her in a past interview.

So it wasn’t an interview, but one of his videos… Warning, this video is far from politically correct.

*** disclaimer*** I don’t share his views, but I do like to get a feel for what comic creators are thinking about my favorite franchise. The video below is titled… 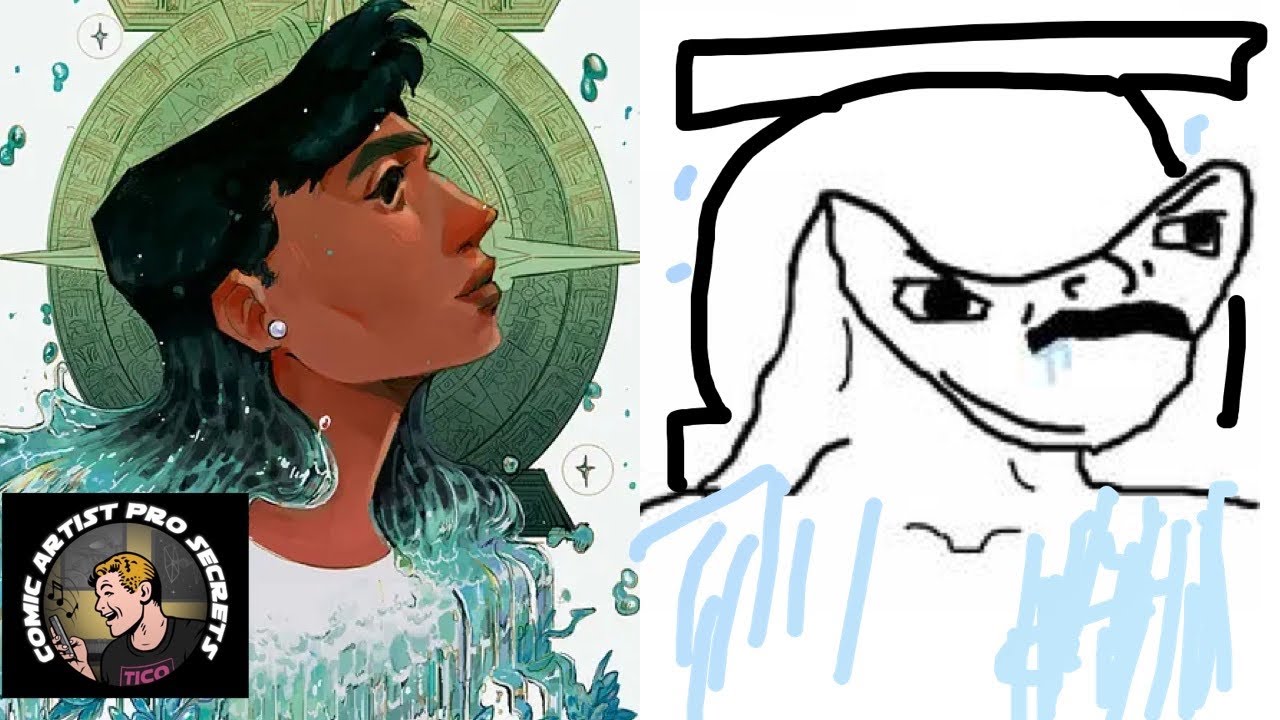 Are the Lay-off numbers true? Do you know if he is verified on those Quotes?

He is QUITE something isn’t he. AM I wrong or does he call him “Geoff Johnsberry” before he claims to have created he image. THis man is just an IGNORANT PERSON>

Van Sciver has got some nerve. I wish I didnt give that video a view count!

They are, but this video was from a couple of months ago. 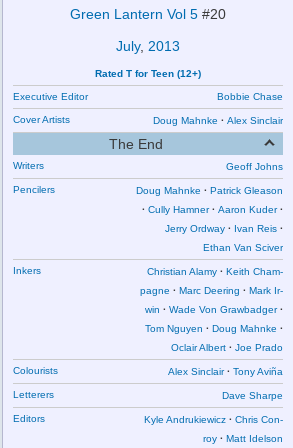 This is the only connection to the hand issue and he is credit as the LAST Penciler And claims he created Her! I check both cameos and the official JL #31 into and he is NO WHERE but a penciler on the cameo of her hand… And NO WAY that counts…

Plus that page and panel with her hand does not look like his art, it looks like Aaron Kuder

Last on the list says NOTHING, he could have penciled all the Stars in any space cells!

I did some more digging, and this actually isn’t the 1st time EVS has talked about Jessica on his channel. In 2018, he addressed that Tumblr post saying he didn’t create her and proceeded to argue that he did 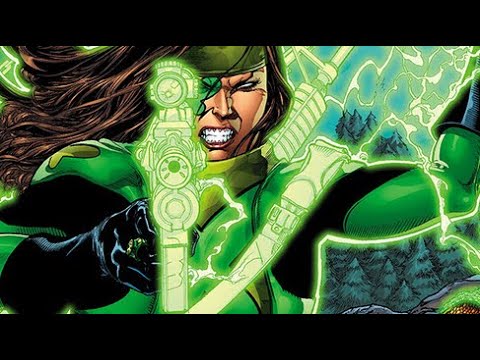 For those who don’t wanna watch/listen to his whole argument, which I absolutely understand (it was painful having to sit through even just a portion of this), here’s the jist of his argument for why he did create her:

According to him, Geoff Johns got in touch w/ him about creating the character and give him all the character details so that he could design her. This apparently led to the 1st design for JC: 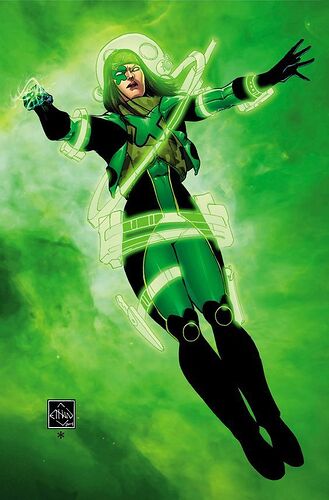 This design was apparently given to Ivan Reis, Doug Mahnke and other artists who went on to draw her. The initial plan was for EVS to draw her first proper appearance in Justice League #30, but that just never ended up happening. And then JC’s design was of course reworked for Rebirth by Jim Lee when she became a Green Lantern

I’ll admit, this is the best argument I’ve seen for him co-creating Jess, but that’s not saying a lot since I’m still doubtful. For one, we ultimately have to take EVS at his word, and he’s shown himself to be a very unreliable source of information, especially w/ how he’s made multiple claims that DC Comics is on the brink of shutting down despite the fact that they’ve continued putting out new material w/ no sign of stopping. Plus, some of the images he used to back up his argument, while clearly drawn in Jess’ debut year of 2014, were pulled from a Google search instead of being on his computer directly. You’d think that if he really did create the character, he’d have the original design saved somewhere. I know I’d certainly wanna save stuff like that and take more pride in creating any official comics character, especially one as great as Jess

What’s ultimately frustrating about this whole situation is that there doesn’t seem to be an official source for who truly created her beyond Johns. Her character page on DC’s website along w/ her encyclopedia entry here don’t mention any creators, and as far as I can tell, Johns hasn’t confirmed whether or not EVS is in fact a co-creator. Whatever the truth is, it’d be great to get confirmation from DC directly for whatever they have officially listed for her