Rarely in my life have I wished that the heroes of DC Comics were real more than today. I use comics to escape from the stress and troubles of the real world and I thrill at reading how my favorite heroes thwart evil in each issue. Today I turned on the TV to follow the certification of the election results as part of what is usually a peaceful transition of power and as it eroded into chaos and lawlessness I wished I could see Hawkman, Batman, Superman, Green Lantern, The Flash, Wonder Woman or any other DC hero - heck, Grifter or Bunker - arrive on the scene to take control and restore order.

Tonight, when it’s all over I will return to comics to escape this reality but more than ever I wish the heroes on the pages were real so that they could have stopped or prevented this from ever happening.

Not meant to be political or inciting any negativity, but that’s why we need the Police. They represent Law and Order.

I agree, and the only thing that I disagree with on your statement is when you said the “rarely” part in the beginning, because I find myself wishing for heroes everyday, and have been for almost 5 years now. Trust me, you’re not the only one in this boat, there are a lot of us who are, in a sense, holding out for a hero.

I suppose that’s one of the aspects of these characters since their creation way back in the Second World War, as many people felt like they needed a hero to distract themselves from the horrors of the active war on the battlefields, as well as the emotional hardships at home. They’ve provided comfort in political eras since the very beginning.

EDIT I just realized that I accidentally “responded” to the wrong person technically, whoops. This was intended for OP, but that’s alright since they saw it.

Well said. I remember the Superman cartoons that were on here from Max Fleischer and many of them dealt with him helping America in World War II and him thwarting the Germans or Japanese. It had to be inspiring to the people then to see a superhero fighting to help them and I would love some comics today that directly addressed the issues we face today and inspired us that a hero was fighting to help us.

Thank you. I think that because WWII had such an impact on the comic book genre, that’s why DC has a few Elseworld stories that take place during that time, such as Bombshells and the two part episode in Justice League, among a few more that I can’t remember the name of at the moment. Considering that comics have reflected some parts in history as time has gone on, it wouldn’t surprise me if something from this era was mentioned or was the setting of a story. We shall see, but in the meantime, we can only have hope as we make it through.

A very well said statement there, We truly need heroes like Superman, Wonder Woman, and Batman to bring peace and love to these most unstable of times. I hope that in by reading these stories and comics, ideas of peace and love will be passed on to the next generation who will look up to these heroes and maybe find the hope and optimism when needed. We can hopefully channel a bit of our inner Superman and try to help those who need it around us, but it is up to the others to embrace their inner Superman and help others instead of creating violence and causing more destruction instead of construction. I’m not sure if I’m completely on topic with this one, but this is my two cents on it. Like I said, Well said statement there man. 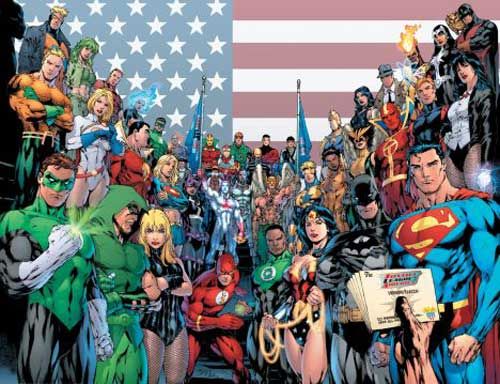 One of the reasons why I adore DC Comics so much is its long lived legacy as America’s comics publisher. 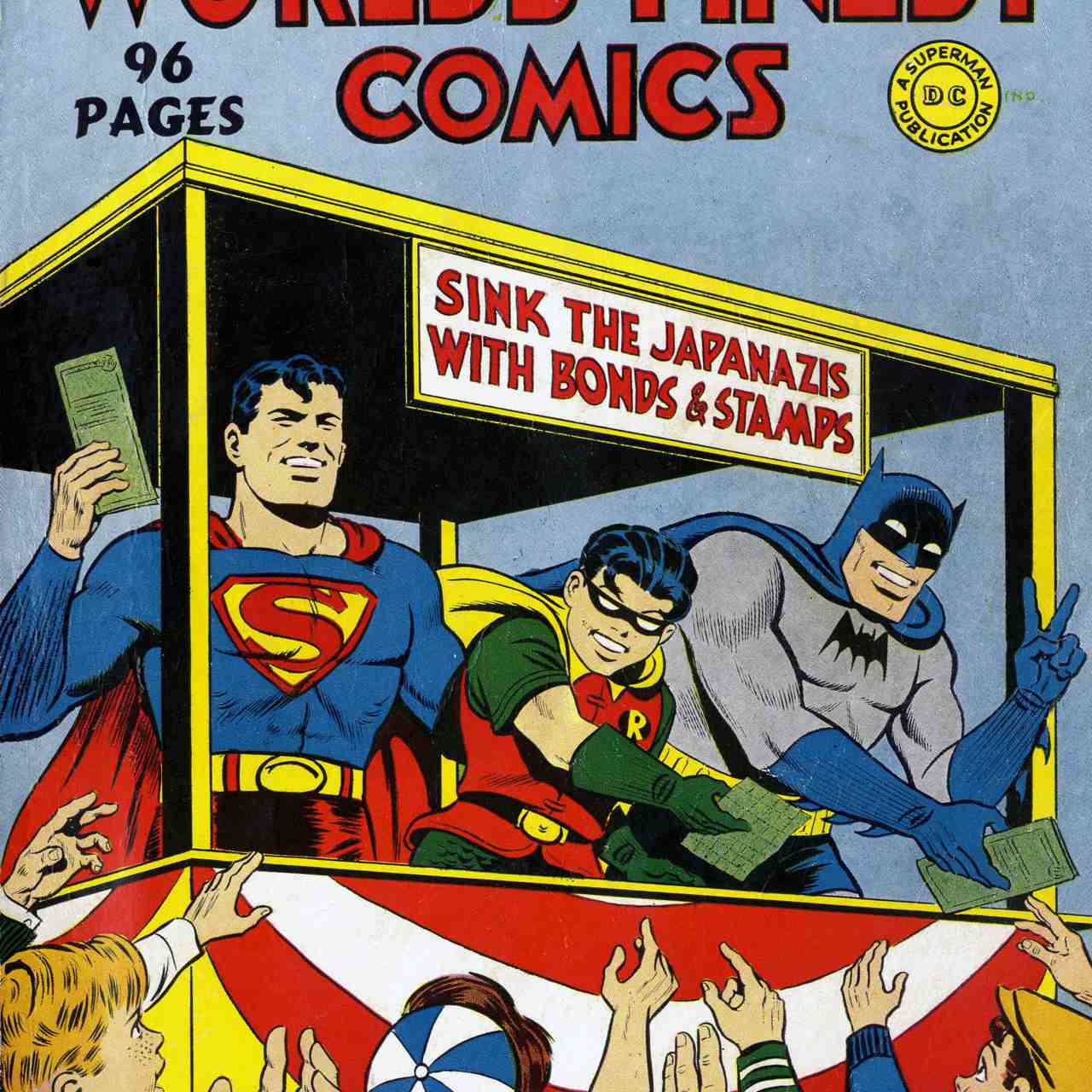 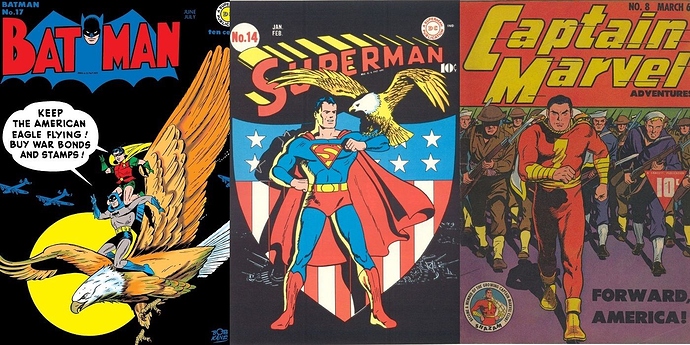 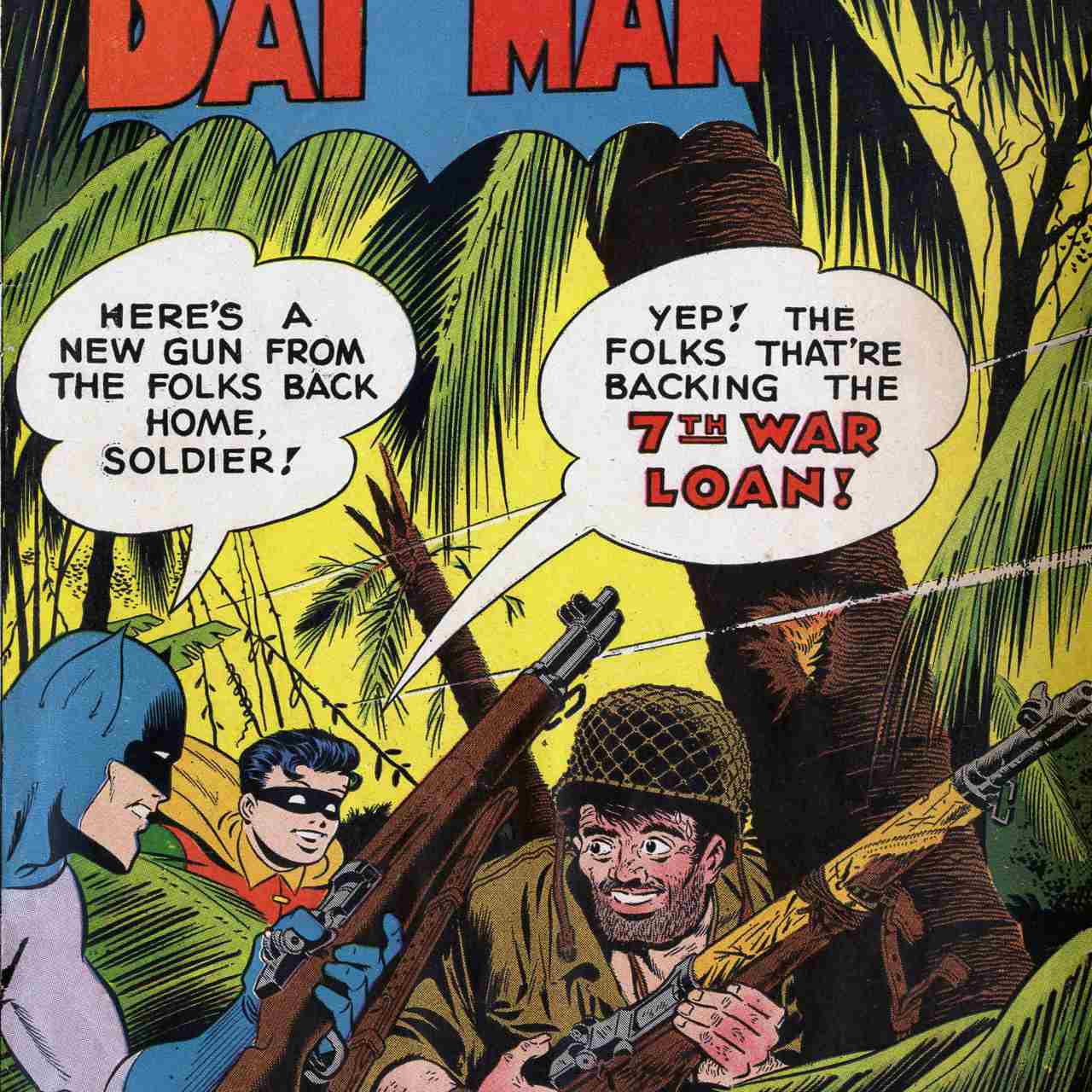 The heroes of the DC Universe stood by the people of the United States then and they will stand with us now as we face another significant yet thoroughly vanquishable attempt to usurp and destroy our way of life.

While I don’t agree with or share the VP’s core political views I can tell you this- I most WHOLEHEARTEDLY support and stand with him in regards to the powerfully authentic words he invoked when reconvening Congress’s election certification process yesterday. And that’s the key point to our country’s long existence- unity, our consistent ability to unite with one another in order to weather together whatever tumultuous situations that may arise to confront us.

E Pluribus Unum- Out Of Many, One. We are the United States of America, and nothing, NOTHING can or will ever change that fact. Ever. 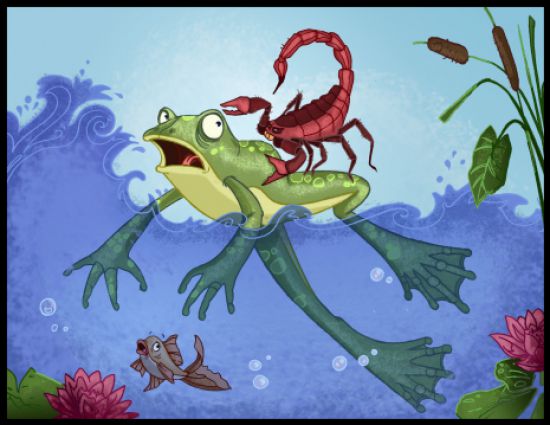 This is a story of the scorpion and the frog

Once upon a time, near a river lived a scorpion. The scorpion lived in a cave. One day the scorpion decides to leave his cave. “It is far too dark and dingy. I can’t stay here anymore,” the scorpion thinks. “Let’s go look for a new house.”

So, the scorpion leaves its cave in search of new home. It looked everywhere, but could not find a suitable house. Soon, the scorpion came to the river. Now, the scorpion did not know how to swim. It stood by the river, thinking how to get across.

“There is no place to stay here,” it thought. “But how should I get to the other side?” The scorpion sat down near the river and began thinking. Some time later, the scorpion found a frog leaping around. It saw the frog coming towards itself. “Would you help me with something mister frog?” the scorpion asks the frog.

Now, the frog was suspicious of the scorpion. Yet it replied, “how can I help you, scorpion?” “Oh, you see, I have to go to the other side of this river,” the scorpion explains, ” Could you be kind enough to take me there?” “Why should I? I can’t trust you and your stings!” the frog exclaims. “But, mister frog, I can’t swim,” the scorpion tells the frog. “If I sting you, we both die in an instant!”

Then the frog says,”I see, you do have a point. Alright then, I’ll take you to the other side.” So, the scorpion hopped on the frog’s back and the frog jumped into the river. The frog began paddling as fast as it could. Suddenly, when they were half way through, the frog felt something sharp around its back. “What is that?” the frog asks the scorpion. Then, the frog realized that the scorpion had stung him!

“What did you do, stupid scorpion!” the frog exclaims as the dizziness starts to take over him.”Now both of us shall drown!” Without any regrets, the scorpion says, “What can I do? This is my nature.” “I should not have trusted this scorpion,” the frog thought as he drowned…

I think DC has grown past just symbolizing America (as it should). Characters like Superman are international figures that shouldn’t just symbolize the values we hold here, but the values that humanity and the world should come together on. We should breach past borders and allow these heroes to symbolize the commonalities we all share together as people. Truth. Justice. Hope. Compassion. These are universal emotions and values. Let Superman not just be the guide for America, but also the symbol for unity and love that everyone should strive for. Let him be the guide that unites everyone, not just people here at home.

While I don’t agree with or share the VP’s core political views I can tell you this- I most WHOLEHEARTEDLY support and stand with him and the powerfully authentic words he invoked when reconvening Congress’s election certification process yesterday.

At least he’ll go out with some dignity. Unlike his immediate superior with all the repeated lies and incitements of violence. 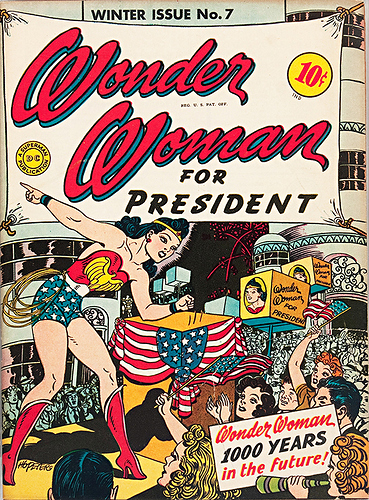 That sums up my feelings on most politicians nicely.

I like the idea of that although I don’t think DC is there yet. The Justice League of America is DC’s number one most iconic team and all 7 Green Lanterns (the people on Earth with the most willpower) are American.

There’s a reason Justice League comics dont have the “of america” in the title of their comics anymore. That said, even if we were to say that most heroes from DC are American (I mean this isn’t true, I could list plenty of international heroes who fight under the Justice League mantel), that really does nothing to address my point of what these characters symbolize. The values of Superman or Wonder Woman are not values only held by Americans. People all around the world share the same abilities and desires to provide compassion, love, hope, and truth. Whether Clark grew up in Kansas is irrelevant because what he symbolizes is something far more universal. Not to mention that he is by definition a refugee alien who grows up to protect not just Metropolis, but the entire world. Once again, we should allow these characters to symbolize more than just America. We need to stop focusing on boarders and labels, but instead on the universal abilities and desires of every single person around this world.

We need to stop focusing on boarders and labels

Just to clarify- my post was not meant to imply support of focus on borders or to push any particular political agenda, @OmniLad. For me the DCU is not a place to discuss my political views or to promote my political ideologies, or anyone else’s. My intent in the post is to promote unity among all Americans during a time of truly unprecedented levels of unrest and unbridled volatility so very evident within the environs of our national community. We must be as one now more than ever if we are to overcome and reach a uniform place of resolution in regards to one of the greatest single acts of violence and disgrace ever to be committed against our country’s seat of government.

Fair enough. I was just trying to speak a little more broadly! Not meant as an attack of your comment. Thanks for clarifying though.