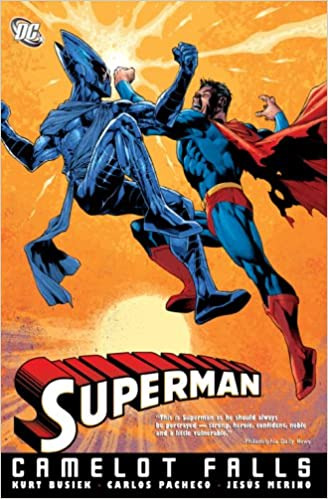 I have just finished the first hardcover of Superman: Camelot Falls (Superman 654, 655, 656, 657, 658), and it has the same vibe as DCeased, including the narration from Lois Lane. Camelot Falls depicts a dark future where Superman had caused the apocalypse and the survivors team up for survival. The cast of people working together to save the world is a mash-up of Superman villains and the b-squad of superheroes. Don’t get me wrong, I enjoyed seeing Donna Troy in her Wonder Woman garb rocking an eye patch. Donna Troy isn’t Wonder Woman, even if she was Wonder Woman for a bit during One Year Later.

The most interesting thing about this story is that this took place almost immediately after Infinite Crisis. After the great One Year Later story Up, Up, and Away told across Superman and Action Comics we find Superman in another Crisis level event, but he is the cause of it. The number of characters that popped up in this book was mind-boggling, seeing them all injured or dead or fighting.

Granted, there aren’t zombies, there is a Doomsday stand-in named Subjekt 17, this hits on many of the notes that we would later see in the celebrated DCeased. Now that I am able to reflect on each story, it feels there is a lot of groundwork laid in Camelot Falls that would later become the world of DCeased.

The artwork was hit and miss. There were a few scenes where Superman looked like John Cena. Lois Lane with short hair looks kind of weird, but that was her style in the mid-2000s. When the artwork was on, it was really on and helped move the story forward.

If you enjoyed DCeased, you should definitely check out this Superman story.

I dug Camelot Falls a lot as it came out.

I haven’t read it since then, so IDK how it may thematically parallel to DCeased, but that’s certainly an interesting comparison I want to look into.

SN: Busiek’s run on Superman was pretty good. It doesn’t get the appreciation it deserves.

The artwork was hit and miss. There were a few scenes where Superman looked like John Cena.

I didn’t see any…

Busiek’s run on Superman was pretty good. It doesn’t get the appreciation it deserves.

I might even say, Busiek is one of my favorite Superman scribes.

I didn’t see any…

I see what you did and I got a good laugh. 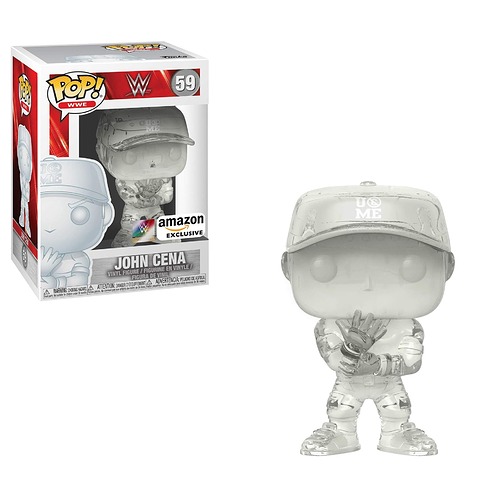 As the run was coming out, I always thought Busiek’s Superman would be one of those where it started at a slow, quiet boil, and then everyone would see the light and come on board for the delicious meal that was his Superman.

But…people either had blinders on, or they simply weren’t hungry at the time.

Either way, I enjoyed Busiek’s Superman output. I just might highlight it in the future, too.

Up, Up, and Away! was also a great story and part of the One Year Later thing after Infinite Crisis. There is also Back In Action, the story in Action Comics that was directly referenced in Camelot Falls as well. Yeah, I am a fan of mid-2000s Superman and Busiek.

Despite the numerous and aggravating delays, the Kurt Busiek and Geoff Johns era of Superman stands as the best ongoing Superman era of the last quarter century.

Kurt Busiek and Geoff Johns era of Superman stands as the best ongoing Superman era of the last quarter century.

I can get behind this statement.