A question I’ve wondered about for a while now is if Superman is actually immortal in terms of aging. Obviously he isn’t immortal in terms of dying itself (trust me, The Death of Superman would never have happened if he was.) I have seen media where he aged over time and others where he doesn’t age, now if there is a definitive answer could anyone tell me? It’s a little confusing from my end, I have seen the character referred to as an immortal and also occasionally referred to as mortal. Please be discreet in the reply section, I don’t want a fan war breaking out because of this.

Nope. He does age Slower though in Batman beyond he looks like he is in his 50s While everybody Else looks like there in there 80s. 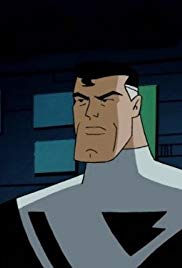 Wonder Woman on the other hand is probably immortal

If he didn’t age, he’d still be baby Kal from the rocket. It seems clear that he won’t survive a millennia for sure. He doesn’t exist in the 30th or 31st century.

Wonder Woman, it probably is which incarnation. There have been a couple where one of the things she gives up leaving paradise island/themyscara is immortality from an aging standpoint.

Darksied is immortal at least from an aging standpoint. He survives an entire millennia with zero signs of aging, per “The Great Darkness Saga”.

Vandel Savage is truly immortal and cannot be killed. So is the Phantom Stranger. In current continuity it seems this applies to Lobo as well.

The Elsewords Red Son would argue that he is immortal. But most continuity has him age in some way or another. He does age at a slower pace it seems. But that must happen when his powers start to fully develop else he would still look like a teenager.

Depends on the writer IMO. Morrison and a few others have shown him and Supergirl to be around a LONG time in stories and he’s essentially immortal during or at least at the conclusion of the DC 1 Million story.

In the current continuity kryptonians seem to have a short lifespan. In millenium legion prequel the first scene takes place about 50 years after current continuity. President Supergirl looks old… about 70 years old at that time. Superman is most likely dead going by her appearance.

True or false, Flash ran to the end of time and the only one there was Superman?

I don’t know about that one, but Superman living hrough all times wouldn’t make sense for the later ages like legion and kamandi.

With Bendis responsible for Superman, I think that the millenium comics is the best authority we have on this question for now.

It would also make sense for the 5th gen plans of a new age of heroes that Superman isn’t immortal.

There are certain stories which show Superman living well into the future. In DC One Million, set in the 853rd century, we learn the original Superman still lives in the heart of the sun. And one story in Action Comics #1000 shows him still alive 5 billion years from now.

I would say Superman is long lived.

The amazons aren’t essentially immortal because they can die from being mortally wounded, but they do not age, or in the greek parlance, have eternal youth. Being an amazon, this would still apply to Wonder Woman, but with her abilities by whatever telling, would make a fatal blow somewhat difficult.

That story in issue 1000 was beautiful.