I’ve always been a fan of the Justice League Unlimited animated series but I never bought any of the action figures when they came out. Recently, I happened upon a mother lode of figures at my local 2nd and Charles store. All the packages were bent up and dented but the figures were in great condition so I opened them. I think I made out pretty well as I only spent $84 for the lot. I’m especially happy to have all the original members. Now I just have to find a shelf to display them on. 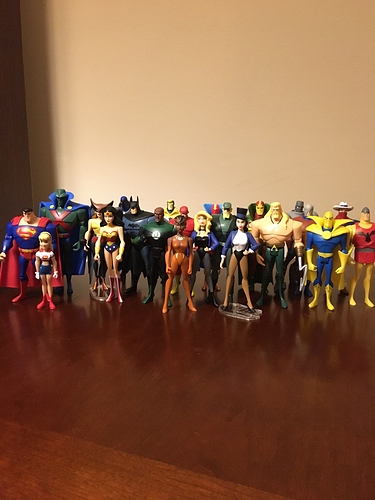 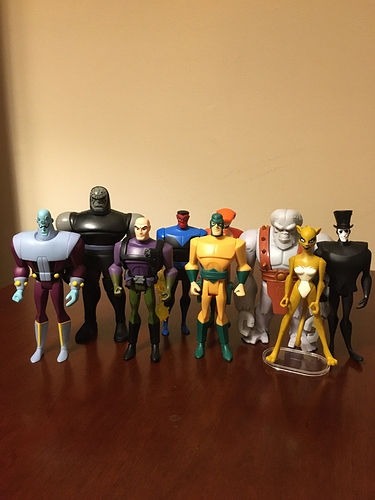 Congrats on the cool find!

That is a great score! Very nice.

These look awesome! One question, why do some have plastic clear bottoms? The ones without seem to stand fine.

The clear bases were typically included with the female figures of the line due to their legs and feet generally being much smaller than those of the male figures and as a result, needing more support to properly stand up.

Vroom is correct about the bases. Most of the three packs that the figures came in had a plastic stand if one of the figures was a female. However, not all the female figures have holes in their feet for a stand. Two female figures I couldn’t get to stand without the clear stands were Hawkwoman and Cheetah.