If your favorite DC character was an animal, what would they be?

As the title says, what animal do you feel best describes your favorite DC character’s personality, and why?

I personally feel that a snow leopard fits Caitlin Snow rather well. While they are predators, they’re not aggressive, which fits with her not really wanting to be seen as a monster or a villain. They’re also shy and like to be left alone, which fits with how surprisingly vulnerable she is, and, of course, they’re associated with ice, snow, and cold.

Great reasoning! As for me, I’m just not really sure which animal Batman would be…

I am a cat. Robin is a hyena. Flash is a horse. Green Lantern is a sea turtle. Stargirl is a golden retriever. Sandman is a black bear. Hawkman is… a hawk of course.

I think Static would make for a good crow. He’s incredibly intelligent and equally resourceful, if a bit … caw - ky.

Richie also reminds me of a squirrel. I could see a little squirrel running around with tiny robot backpack and helmet, hanging around with a cool crow on a telephone line. 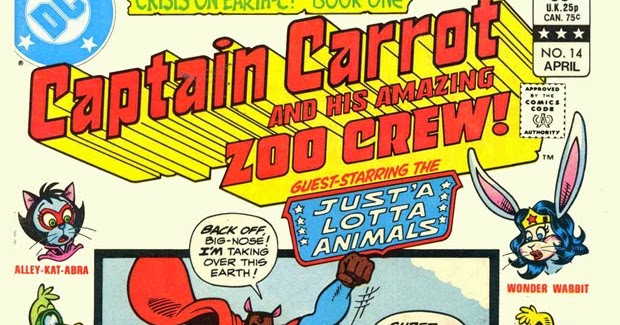 This cover always made me hate that my name was super-ordinary and had no good animal puns associated with it. Captain Carrot and his Am...

I think Batman would obviously be a bat!