If he's out. Who should replace Ben Affleck as Bruce Wayne/Batman?

If Ben Affleck is out (I really hope this turns around and he stays) but if he’s indeed out. Who would you prefer take over the role if you had your say?

My vote goes to Jon Hamm. 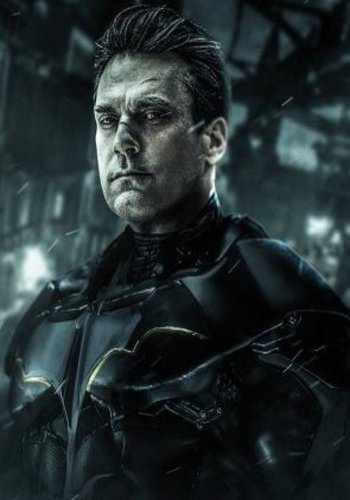 Jon Hamm is a good choice, but for me I have really want to see Wes Bentley don the Cowl. Rumor has it that Christopher Nolan really wanted Wes for Batman Vs Superman and ever since I read that I strongly believe he could be the caped crusader.

Jon Hamm would be a phenomenal Bruce Wayne, it’d basically just be a tweaked version of Don Draper, but I don’t know if I’d buy him as Batman.

Armie hammer is my pick. He wasn’t always a great actor to me. But he was so good in the man from uncle and a few others. But man from uncle really showed off his physicality to me. And i feel like he’s really gotten the chops for it now. George miller cast him as batman in his cancelled justice league film i say he deserves another chance. Plus he’s already got great chemistry with henry cavill so if cavill still continues as superman as well it’d be a really neat combination.

Do u mean Howard The Duck?

I have no clue who I’d want as Batman. Personally, I believe Affleck is the best so far. If he were to do a Batman film, I was hoping it would be a crime drama, with some science fiction elements. Really bring out the detective side to the character. I was also hoping they’d recast Anne Hathaway as Catwoman, after the awesome job she did in the final Nolan film. Have Black Mask as the main villain. Have the Joker run wild. Cast Danny Devito as the Penguin (minus the fat suit and prosthetics). Maybe get Jim Carrey back as the Riddler. Aaron Eckhart should reprise his role as Two-Face.
If we’re talking about the Titans TV show, Kevin Porter should be cast as Batman, for the show.

@Mr.Spaceman ur so right. Nick Bateman as Batman

Find a young, unknown actor( who can ACT) like Richard Donner did with Christopher Reeve.