I Researched Darkseid and here's what I found 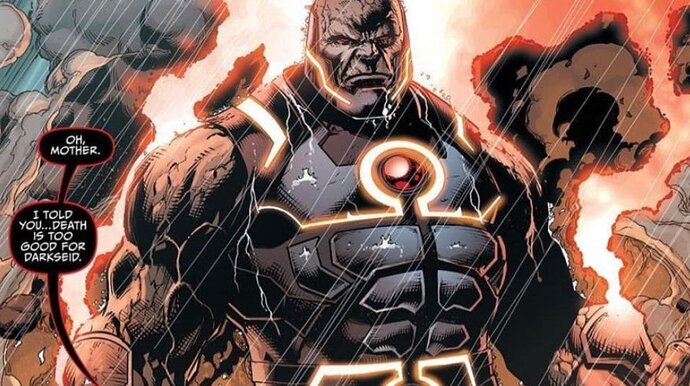 Darkseid is. Yes that was a full sentence, but if to you it’s not that simple to you you might want to consider reading this, or at least a portion that you are interested in.

Darkseid is a fictional supervillain appearing in comics books published by DC Comics. At least, that’s what google describes him as. But let’s stop thinking of this from the reading view, jump into the pages of Jack Kirby’s Fourth World #2-5.

In these issues, Uxas, (Darkseid) son of Yuga Khan and Heggra planned to overthrow His older brother Drax, the only thing stopping him from taking the thrown. (at this point his father was stuck in the source wall.) After he gains the assistance of a young Desaad (Don’t ask me how) Uxas discovers a connection to the omega realm. When his brother Drax tries to make a connection with the omega effect, Uxas uses a protective suit to jump in and take the power for himself, killing his brother in the process. (Dont worry his Brother’s fine.) Gaining the omega affect he also gains rock like skin on his arms and face, in other words the worst tan lines in DC History.

How is Darkseid such a powerful Villain 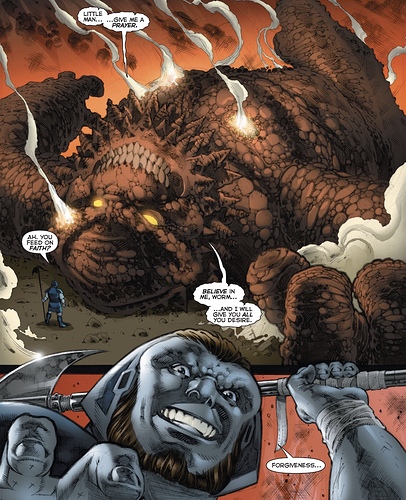 Okay, so the New 52 origin may not be exactly what i previously said, but I will explain all of this later. When Darkseid gained the omega effect he BECAME IT, and what did he do with this power? According to Justice League Vol 2 23, Darkseid killed the Old gods. It was Jack and the Beanstalk only Jack had the power of the Giant.

I have shown his most powerful feat above but here are some honorable mentions.