I Am Batman is a Timely Tale of Self Discovery & Determination 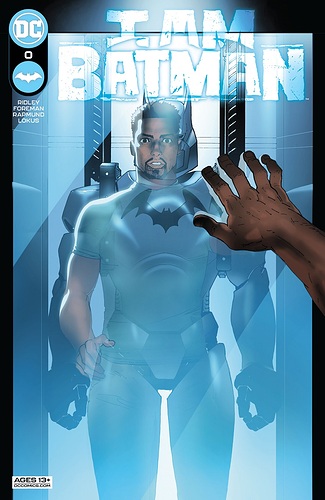 The editorial team asked one of our very talented interns with limited knowledge of Batman’s story outside of the movies to check out I Am Batman #0 and see if it’s accessible to newer readers as well as more seasoned fans.

I Am Batman #0, the debut issue of the series from writer John Ridley and artist Travel Foreman, puts a fresh and timely spin on a classic hero’s story. The comic picks up where Second Son presumably left off, allowing readers to dive deeper into the complexity of Tim “Jace” Fox’s character. He is a vigilante, yet peacemaker.

Whether you’re a comic fan or not, we’ve all gone through periods of uncertainty leading to self-discovery. We constantly grow and evolve, uncovering new facets of ourselves that we did not even know existed. As the issue begins, Jace faces an internal struggle. He has vowed to become a force for good in the city in which he grew up, yet he’s unsure if he’s ready for the obstacles to come. Jace’s experience with putting on the batsuit for the first time is more relatable than one might think at first glance, especially me. It goes to show how daunting it is to fill someone else’s shoes, especially those of Bruce Wayne. Imposter syndrome is real, even for superheroes.

Much of issue #0 revolves around a dispute between mask-wearing protestors and law enforcement. The imagery of cops cracking down on protestors, often with force, is something that is hugely familiar today. More times than not, protests start out peacefully but often turn into riots as a result of excessive pushback from authorities—or in this case, extremists planted within the group of protestors looking for trouble. In an interesting twist, the demonstrators in I Am Batman are protesting for their right to wear masks in a city in which the air has turned toxic, while the government has taken an anti-mask stance. Although these scenes are quite literally the opposite of reality, they still draw striking parallels to our own society. Pulling imagery from familiar and timely experiences is a great way to bring this comic to the current era.

To read the full breakdown for I Am Batman #0, head over to DC Comics!

Have you checked out I Am Batman #0 yet? Let us know what you think in the comments!

Glad she enjoyed it and that this will pick up where Second Son left off. That was quite the cliffhanger I read this morning after ‘The Next Batman: Second Son #12’ posted on here! I loved Second Son from start to finish and will read anything John Ridley writes. His work for DC has been terrific so far and I’m really looking forward to this. It’ll be a while before I’m able to read this - six months as a matter of fact - but I’m glad Olivia enjoyed it and found it compelling. For those of us that are familiar with The Next Batman and Tim Fox’s journey into Bruce Wayne’s suit it’ll be a blast but I’m happy to know that people who only know the broad strokes of Batman will enjoy it as well.

One thing on this…

Because I’m new to this world, I am a bit unsure of how Jace truly feels about Batman. From what I can tell, he believes that the batsuit’s advanced technology is used as a tool to serve the needs of the wealthy and powerful. Or is it a weapon? Based on Jace’s sentiments, it seems that he is well-aware of the privilege disparity that exists in Gotham City and he feels that it is his duty to change it.

I don’t believe anyone knows for sure how Jace truly feels about Batman. John Ridley has yet to spell it out.

I gather he’s not a much of a fan – and that’s just a suspicion that I’ve gotten from THE NEXT BATMAN: SECOND SON series and this #0 issue.

(Also from FUTURE STATE: DARK DETECTIVE #3; although, that isn’t of course the definitive future, just a possible one.)

As mentioned though, the Batman, and by extension Bruce Wayne and his father… 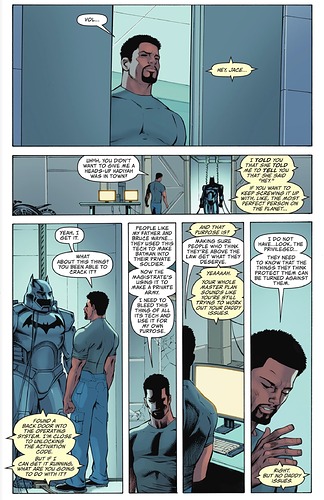 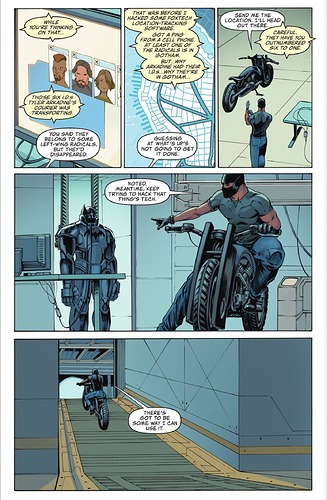 They seem to be “the problem,” as it were…

It might be kind of curious to see how this plays out. Because the Batman seems to be kind of the “bad guy” in the eyes of the Next Batman.

EDIT:
Now with the news of who will be the next writer of BATMAN… 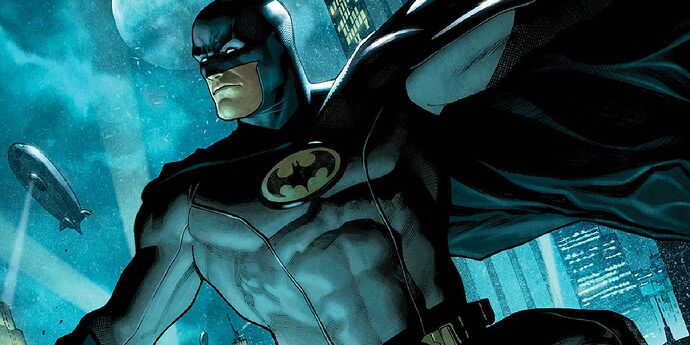 …and since I have no interest in that, it’ll just be I AM BATMAN for me for the Bat books; and maybe DETECTIVE COMICS depending on what they do over there…