How would YOU share your support of DC Comics with the world?

Comment below on how you have introduced friends, coworkers, family etc into the wonderful world of DC Comics and how you continually support the DC Comic Book Brand!

Also, feel free to share how much you love DC Comics!

I am just always willing to act as a guide for anyone interested. Also most fans of the MCU and DC animated or live action films that have asked me about comics don’t know this app or the other app exist. Cough DC cough maybe throw a DCU ad before your next movie

I have also had way more success hooking people with digital comics compare to physical. Some have switched to floppies but most stuck to digital. 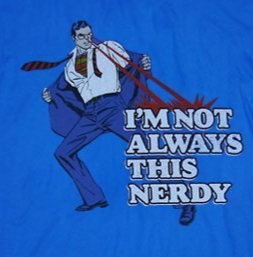 I recommend this streaming service. I advertise it so much (cause it is that good) I might as well be sponsored by them.

I name drop and trumpet DC in general as often as the opportunities come along (within reason obviously).

The best entertainment brand in the multiverse deserves to have its praises sung on a frequent basis.

I don’t have a very big voice, but I do keep another forum up to speed on all things DC. I think it is the little things we do. And on occasion I have been known to argue with kids half my age about how DC is better than Marvel.

@Behemoth.Ravenlord You keep those lil’ whippersnappers in check

You mean besides wearing the apparel, displaying the figures/statues and expressing how big a fan I am whenever the opportunity arises? I’m afraid I don’t do much

I wore a Nightwing hat, Batman shirt, and Superman watch to an Endgame showing.

Took care of that double post for you, @moro!

I think for the general population I usually suggest the DCAU movies.

My niece is big into manga & anime, but her dad is a BIG Marvel fan so it’s an uphill slope, but I pointed her to Batman Ninja in particular.

Also for the sci-fi population, I will point them to Gotham by Gaslight

I keep a vintage Flash button on the lapel of my jacket.

Shirts, car decals, and I tell people what I’ve been watching if they ask. I’m not very influential, I tend to just do my own thing.

I would fly over cities dropping comics from the plane for all to read.

Outside of work though, I haven’t been very successful getting people to read comics. Except my husband, who is easily my biggest success. Went from zero interest to reading my comics as soon as I get home with my pull. He’ll read them before I have the chance to