I was watching Green Lantern recently and the Post-Credit scene with Sinestro putting on the yellow ring came up. I’ve always thought this was a cool visual, but Sinestro’s turn wasn’t really set up in this movie. It kind of came out of nowhere. Let’s just pretend for a moment that we got a sequel. I know the plan was to eventually do the Sinestro Corps War. Could they have jumped into that automatically? Probably not. We’d need at least one more movie to set up Sinestro’s turn. But how do you do that without abandoning the Post-Credits scene? Well, I always had this idea which incorporates this but would also discount the tie-in video game…just go with me on this:

You start the movie with the Post-Credit scene of Sinestro putting on the yellow ring, but you find out it’s either a vision of one of the Guardians or it’s something they see in the Book of Oa. They know this WILL happen sooner rather than later and they have to be prepared in case the Green Lantern Corps isn’t enough.

The Guardians look into reactivating the long discarded Manhunter robots–the police force they created before the Green Lanterns–to act as a back-up plan. Unfortunately, the Manhunters are unstable. They remember how they were discarded and want revenge on the Guardians. They spread throughout the sectors and cause chaos.

The Green Lantern Corps, including Hal Jordan, Kilowog, Tomar-Re, Salaak and Boodika, are spread across the galaxy to deal with the Manhunter threat. While the main plot would deal with Hal and Kilowog’s battles with the Manhunters, we occasionally check in on Sinestro who has captured and interrogated one of the Manhunter robots, learning that they were dispatched as a back-up to take down Sinestro.

When all the Manhunters have been defeated and the Lanterns return to Oa, Sinestro demands to know why the Guardians did what they did; that he hasn’t done anything to deserve this. They tell him it was a precautionary measure, which sets him off. He walks away from them. Hal and the others try to reason with Sinestro, telling him he’s being irrational and they should all discuss this, but Sinestro sees this as his friends siding with the Guardians and takes off with his ring and battery.

While in space, Sinestro comes across the planet Qward, a race known for making weapons. They’ve obtained a piece of Parallax and use it in their forge. Realizing he can no longer be a Green Lantern and remembering what he once asked of the Guardians, Sinestro commissions them to make him a new power ring…a yellow power ring. They oblige. As he floats in space thinking on what has happened, the weaponers of Qward finish and send the ring to Sinestro. This is where the Post-Credits scene would take place. Sinestro puts it on, gains the yellow suit (as well as yellow eyes) and flies off in search of recruits for his new Corps.

Admittedly, there’s probably a lot more that would go into this and there would still need to be focus on Hal Jordan as he IS the star of the franchise, but if I was going to take what they set up in the Post-Credits scene and run with it, this is what I would’ve done. It would’ve been a story about why Sinestro turns and why he creates his own Corps.

But that’s just me. How about you all? How would YOU have done a Green Lantern sequel? I’d love to hear your thoughts. Thank you for indulging me. 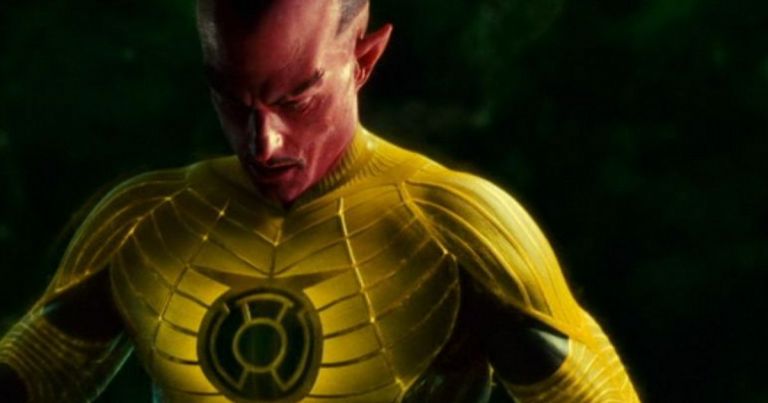 I like your idea of Sinestro bein’ yeller as something seen by the Guardians.

I can see a sequel opening with the post-credit scene and the camera slowly pulling back to reveal the Guardians bearing witness to the image, then looking silently at one another as they each contemplate what they’re seeing.

Given what came about in the first movie, I think the Manhunters would’ve been the logical choice for the foes in a sequel.

Thank you @vroom. I really appreciate that

I could see it being done where he initially hides the ring, but being drawn more to it’s use, corrupting him, and causing his expulsion from the GLC. He then becomes vengeful over his expulsion, creating an opposing Corps of his own.

@csidet1971, I like that idea; that it’s an ever growing temptation for him during the movie. Very cool idea!

So you’re saying that it’s the Guardians’ FEAR that sets this all into motion?

Seriously, thank you for mentioning that!