I am writing this on February 6. and today marks the 28th anniversary of Jack Kirby’s passing. What better way to celebrate Jack Kirby than read some comics that features his art!

We are going to read Black Magic 2-5 and issue 7. These are reprints featuring stories worked on by Joe Simon and Jack Kirby. 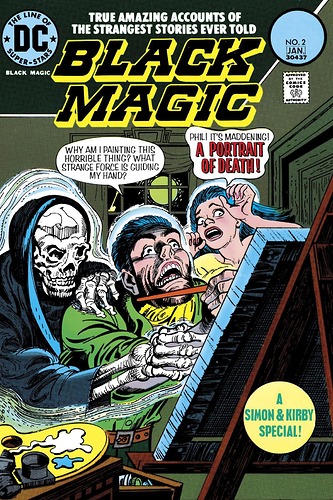 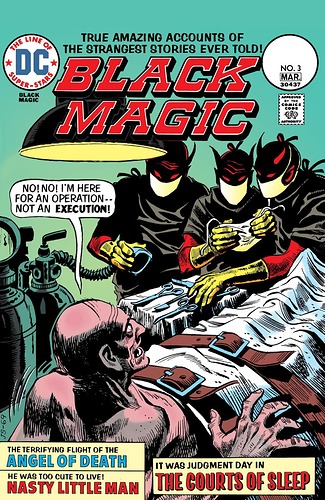 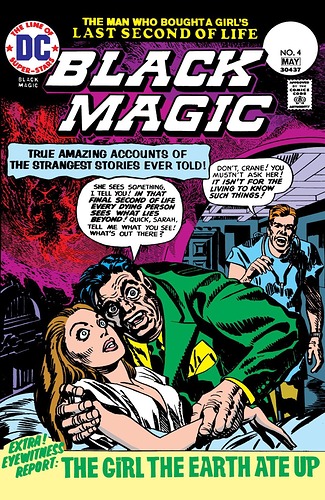 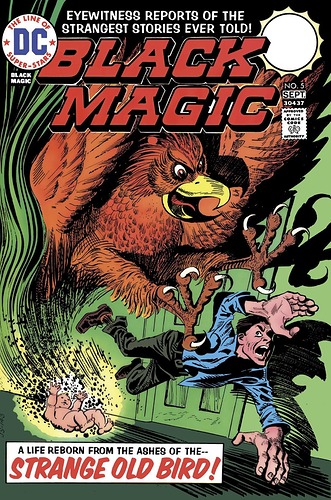 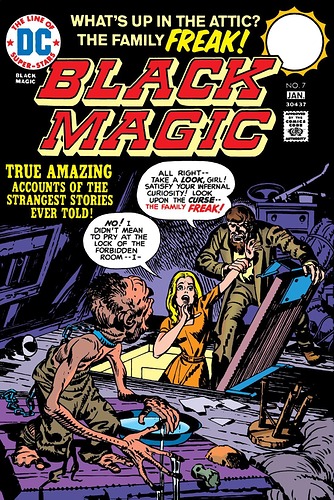 Glad to be back in HoH! I don’t think I’ve read any Kirby before, so I’m glad to start off with these.

These older comics are always hard for me to read through. I find myself hardly looking at the art because there’s so much text on the page (not that the art is the best anyways). I’m also always wondering how they managed to use so many exclamation points haha, zero subtlety at all.

I kind of wish they had spread out the stories to be 1 or 2 per issue, it’s hard to pack a well-rounded story into 7 pages or so. I keep trying to imagine how these kinds of anthologies would be made today. I guess the horror genre was maybe not as evolved as it is today, so it’s fun to see how far we’ve come.

I think my favorite story was the one about the hangman and his son.

One thing to keep in mind regarding these books is that these are reprints. While the DC release date was the early 70s the actual release date was more like 1950 - 1961. These were originally released by Prize Comics, also the home of that other Simon/Kirby classic but NOT YET on DCUI, Young Romance. Prize Comics was sold to DC in 1963.

Regarding newer comic anthologies, I believe Archie Comics put a horror anthology around Halloween. I have it but haven’t read it yet. Speaking of which, Archie has a great horror line… I do know Vertigo released one that isn’t on DCUI that I have in a long box and have been meaning to dig out. I can’t remember the name of it but I remember liking it.

Kirby’s art is pretty much amazing and even if you haven’t read anything he has worked on, you have most certainly read a comic with his influence in it. You are right, older comics are pretty wordy, which isn’t always a bad thing. I have been picking up the Dark Horse soft cover anthologies of the EC Comics horror lines. The art is amazing but once again, they are wordy. It is almost like the writer wanted to make sure their ideas were understood and not up for interpretation based on someone else’s art. I guess that is understandable.

Jack Kirby also dove into the deep end with collage art… in comic books! There is a little-known book released by DC under an imprint that no one knew was from DC so it sold horribly called Spirit World. To make it even odder, it was published in black and white, because that is exactly how I want to see colorful collages… 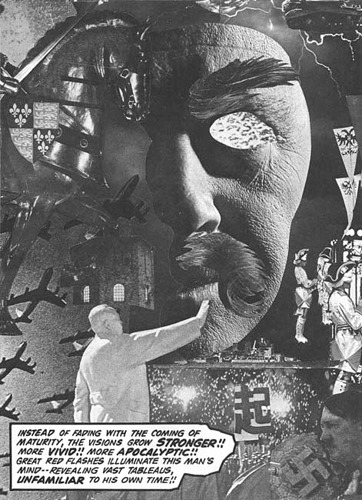 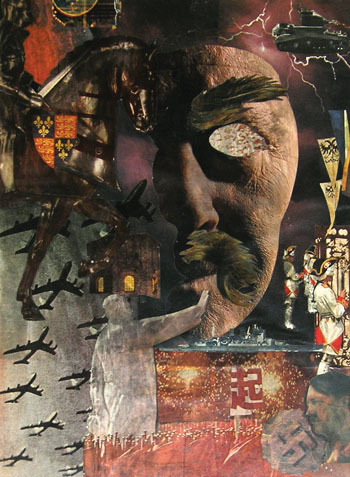 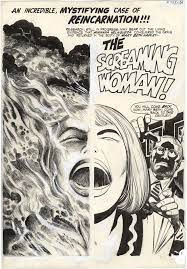 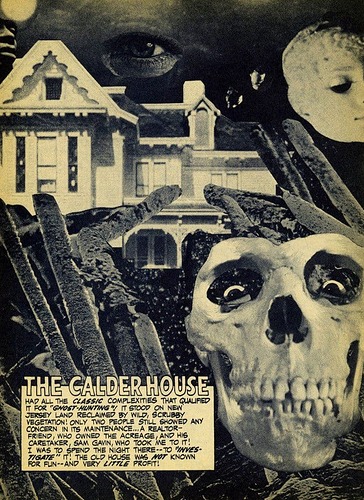 Glad to have you back in HOH! For the time being, HOH will be bi-weekly. Basically, I have been busy with work and life and somehow I am caught in a Batgirl marathon. I honestly didn’t expect that to happen but it is definitely something that is happening. If all goes as planned, I will be finishing up Batgirl by the end of February.

It is almost like the writer wanted to make sure their ideas were understood and not up for interpretation based on someone else’s art.

Yeah I guess this makes sense, but that’s also what makes newer horror comics and other horror media so good sometimes. When something is left to my imagination it’s WAY scarier and I end up thinking about it for longer. But I guess that’s just how all media has evolved.

Wow thanks for sharing this collage art. I love it so much! I can definitely see the influence on newer stuff based on that. Gotta go find Spirit World!

I’m super interested in checking out the Archie horror line, I just haven’t dug in yet. Aside from the Chilling Adventures of Sabrina which is AMAZING.

I’m kind of glad to be doing bi-weekly now lol, I’ve been kind of doing the same thing. I finally finished reading the original BoP series around the holidays and then started in on Batman New 52, but I also want to get through some Batgirl too. Too many comics, too little time to consume all the media I want.