Welcome one and all to Historical DC Battle Trivia Wednesday Edition!

I was struggling to come up with an idea for Wednesday’s to keep a poll going all week long to engage with the community throughout the entire week. As the gracious host and rightful ruler of Warworld I decided Team day.

There will be one poll on favorite members then a series of 3-5 questions. First one to get it right gains the point. What do you get for winning? Well since this is the first week of May we are able to run all month and tally the points where at the end of the month if you have the most points you will be known as the “Team Champion of Warworld”. (I plan on doing something similar starting this Friday)

Vote below on what your favorite version of the team is of the choices presented. 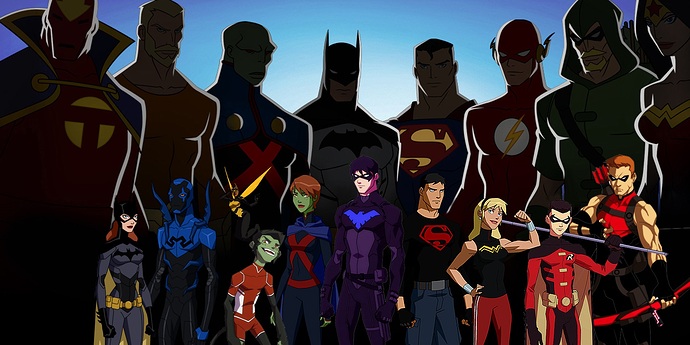 1.Match? Maybe. I don’t remember the beginning of this series as well as I should.
2. Gemworld
3.Black Manta
4. Cadmus
5. Kid Lobo I think… this one I’m not sure on…

In the original 1998 run who is the first villain that Young Justice actually fights?

In “Wonder Comics Young Justice” what world is the unofficial team at the time transported to?

n the animated Young Justice series who is Aqualad’s father?

In the animated series what is the company called that created Superboy?

In the original Young Justice run Lobo has a teenage clone what name is he known by when he first joins the team?

Ah, dang it. You’re right. I forgot that one. Nice!

@Jurisdiction You got 2 correct, but @Row.Harper got those same two before you.

Might Endowed is actually incorrect. If you read the issue they don’t actually fight her she “incapacitates” herself. I tried to through in the hint of actually being bold in the question.

Slobo is actually the second name he goes by.

@casasstrophe I’m going to give you question 5.

Reason being when re-reading the question the way I put it was his clone I meant to mean the real Lobo when he was changed to a smaller teenage version of himself known as Lil’ Lobo but you where right in Young Justice Slobo is the name of the Clone that joins after the original Lil’ Lobo dies and blood clones come as a result.

Only one question remains #1 who will be the one to get it right?

@TheRealDetectiveChimp with only question 1 remaining to be claimed you get the point. Also great job going above and beyond with your answer I was looking for the duo although it wasn’t much of a fight bullet was fired threat from superboy made and I believe they encounter them again in issue 2 before fighting rip roar.