wonder why it’s not Wonder Woman in these books?

Also, I wonder what went into featuring exclusively somewhat obscure queer heroes (and somewhat obscure queer Heather Afters) at the Pride parade? I love to see such things, but why none of the more well-known superheroes that didn’t make it into the anthology, like Alan Scott or Constantine? I guess with Alan or, like, Midnighter and Apollo, there’s the secret identity aspect, but there are plenty of characters like the aforementioned Constantine, who doesn’t even have an alias (unless you count “Hellblazer”), or Wonder Woman, who is known to be an Amazon, and I expect it’s probably common knowledge that most or all of the Amazons are lesbian or bisexual (after that epic slap down at the UN), and Kid Quick is from another dimension, so none of Jess’s friends from Earth 11 would see them… I guess they were at their own Pride celebration, though… What was I talking about? Aaaanyway, release the real Supergirl finale, renew The Owl House, and make the Doctor autistic again.

Plus, the public knows Batwoman is a lesbian. 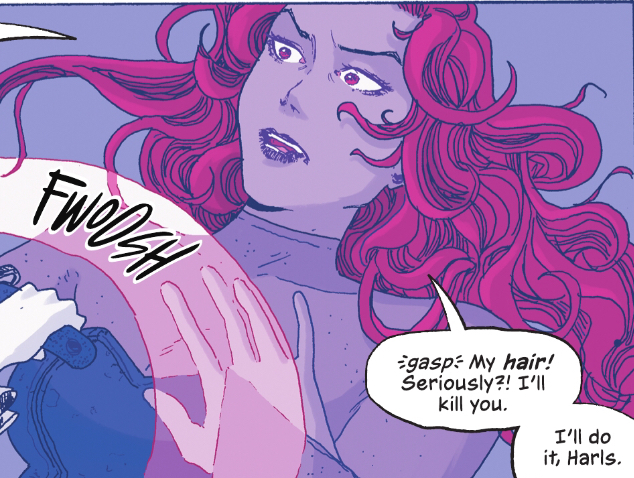 Not that hair! lol

and do come by the Ivy thread of you get a chance @Ultrasonic!

[Far Sector Logo] Hi @DCFanArtClub and welcome to the second week of Pride month at DC. This week saw the release of the DC Pride 2022 special (this year in print and digital on DCUI on the same date) and one story featured Sojourner “Jo” Mullein from Far Sector. The original Far Sector series from 2019 by N.K. Jemisin and Jamal Campbell (the full 12 issue series is available on DCUI) is a murder mystery starring a newly chosen Green Lantern and set in deep, deep space. So deep, in fact, Jo…

I hear you on this. However, I’m going to dare to make the argument that it kind of had to be performative. The story started off with the idea that “symbols are powerful.” The powerful thing about Jon being bisexual is that he’s also Superman. He’s not just an LGBTQ+ character he’s an LGBTQ+ character who is also the heir to America’s greatest mythological character (and, no, I don’t believe I’m overselling with that statement). Therefore, I would argue that it is powerful having him fly out during Pride with a rainbow cape despite it being performative. The point of having him out there so publicly repping colors is to show that, hey, Superman is not only with the LGBTQ+ community, he’s also a part of it. The symbol of Superman is powerful and having it displayed with the Pride flags is even more so. That’s my take, anyway… 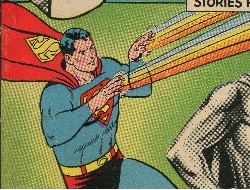 I’m pretty sure the “straight pride” flag was in there too, which…is a choice.

It took me a while to spot this, but, yeah, it looks like it’s sown into the rainbow cape. I can see why this might be a bad call because that flag can be used in backlash events against Pride. That being said, the story was written by Devin Grayson who wrote LGBTQ+ characters all the way back in the year 2000 (see Relative Heroes- god, I feel old). So, my feeling is that wasn’t the intention. My guess would be that it was more of a “Superman has everyone’s back” kind of thing. Again, my take and I certainly can’t tell anyone else how to feel about it.

As for the HarlIvy story, I really liked it! So many double entendres… The art also reminded me of Sam Kieth who is a personal favorite. It was a little dreamy/confusing, but I like that sort of thing. And it was nice to hear Harls and Pam say the three most dangerous words in the English language to each other.