You know, ever since she left Joker and went into the path of independence. I thought it would make perfect sense for her to get a new name since she really wants to forget the past and start all over. In addition, what name would you give Harley?

I dunno. It’s basically a shortened version of her actual name…

I was thinking the same thing, really. I can’t imagine what kind of “code name” she would go by? It does seem like the sort of thing she would get fixed on for awhile, though, before seeing a squirrel.

I see where you’re coming from, but thats her name. She shouldn’t have to abandon it because of who the Joker is. He doesn’t get to define who she is anymore.

She shouldn’t have to abandon it because of who the Joker is. He doesn’t get to define who she is anymore.

Exactly. Very well-said. Instead of doing what many might expect her to do (abandon the name as a way to fully rid herself of the Joker), she kept it and made it her own. In my opinion, she took the name by keeping it—as if to regain ownership of herself. It’s clever, unexpected, and genius.

I imagine if someone were to suggest that to her, Harley would reply back with something like, “Eff that, he should change his name.”

Over the course of nearly thirty years Harley has transformed from successful TV sidekick into an iconic DC Comics character in her own right who in the process has appeared in two feature films and leads her own successful animated series and has made hundreds of millions of dollars for the Warner Bros studio. During Harl’s storied rise she’s mustered the courage to free herself from the malevolent dysfunction of the Joker and has been emboldened by a healthy authentic love story with Dr. Pamela Isely. At this point fans (especially the non comics savvy) would become confused by a name change with Harl, but even more importantly- she has been established as the character she is now by so many writers and artists who put their heart and souls into the building process that to strip her of either her name or any other of her so very distinctive qualities would be a travesty of significant proportion. I mean, myself and so many of my fellow BG fans know this experience all too well- 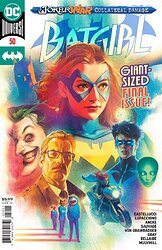 Changing characters at their core levels, including their names, is a risky biz move at best. And this gambit carries with it an almost 50-50 chance of degrading the depth of their presence among their fanbases and their ability to generate revenue after the change is set. 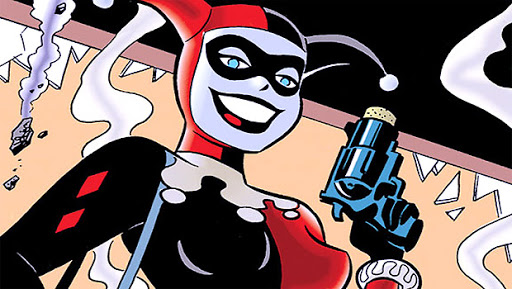 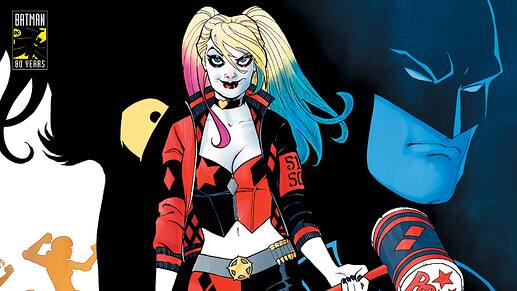 If it isn’t broken it doesn’t need to be fixed. Never has this ever mindful expression been so true as it is in the case of Harley Quinn.

Thank you! Very kind of you to say @Klown98.

“Eff that, he should change his name. ”

I definitely read that in her voice.

Change it to Margot Robbie!

No really… since Harley is just a shortened version of her real name, it’s kinda part of her. Can’t imagine her with any other name.

@Klown98 I absolutely appreciate this point, and I’m curious what you’d change it to, but…Harley

is her actual name—Joker didn’t give it to her. He doesn’t get the credit or privilege of defining her. She does that. She’s her own adjective. Imo, it’s the more independent thing to be herself w/ her own name on her own terms. And just gonna drop this here real quick…