Hall of Justice or Watchtower?

I was driving around downtown LA with my friend the other day, and I found the Hall of Justice. I should have walked in to see if Superman or Batman was there haha

Anyways, do you prefer the Hall of Justice or the Watchtower as the JL headquarters?

I prefer the Watchtower! 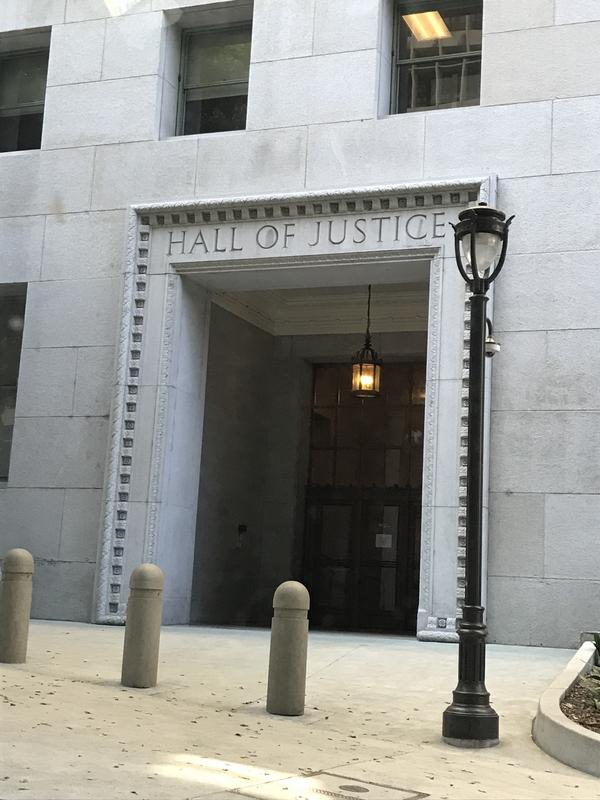 I typically prefer the Watchtower, but I’ve been enjoying the Hall of Justice in the comics right now. I think it fits the tone of the story and the new nature of the Justice League (more like an organization than a team) well. So I guess it depends on the story. Still, the Watchtower is hard to beat.

@Aneras713 yup! that’s why I chose the Watchtower. Having a headquarters in space is just awesome!

Watchtower, definitely. Though it has kind of a weird history, since the JLA Satellite didn’t have a name, and the original Watchtower was actually a moon base. It was the animated version that applied the Watchtower name to the satellite, which then got ported back into the comics after Infinite Crisis. Either way, definitely more interesting than the Hall of Justice. I also kind of like the network of teleporter-linked embassies that the JLI had.

Hall of Justice for life!
Yes, space bases are cool, but it immediately lends itself to the “League are gods looking down on humanity” problem that makes the citizens/governments of the DCU antsy as is. Having a base people can actually visit at least makes the League feel more approachable. I feel like Superman, at the very least, would prefer that.

I think there’s room for both. I liked the JL Watchtower as it was just the original 7. When JLU happened it was basically a small city. I think the JLA is better served by the Hall of Justice and the Watchtower only as a technological means to an end from an early warning space threat.

And I’ve been to the Hall of Justice in LA. I’ve always wondered if that’s where DC got the name from.

The Watchtower makes more practical sense to me, but I’m a Super Friend for life, so Hall of Justice.

Ted Knight (the actor who said that Line of Lines on Super Friends) would look down from Heaven, smile and be proud of us geeks.

As for the topic, I like the Hall and Watchtower equally. You’d think the League would operate from both so as to not always make themselves a continual target based in one spot. Plus, it’s always nice to have a backup.

I love these kinds of questions! Thank you for asking it, @WonderFlash93!

Personally, I find myself siding with @Vroom.

In my opinion, the Hall of Justice doesn’t even have the same purpose as the Watchtower. The Hall of Justice is a humanizing place where the public knows that the superheroes meet, giving them some access and grounding living legends in reality. It’s almost like an embassy.

The Watchtower is more like a military compound. It’s designed to be inaccessible, fortified, and reserved for trusted members of the team. It’s more than a meeting place, it also monitors the planet for danger and is often a training facility for new league members.

I think that’s why I liked how it was presented at the start of Young Justice, at least outwardly. I wish the Hall of Justice had more of a purpose than just being a front for public spectacle, but it was still really fun to see both the Hall and the Watchtower in use.

It depends on what media we’re talking about. Everything else being equal, from a purely aesthetic point of view, definitely the WatchTower. The Justice League serves the entire Earth, so it stands to reason they should be on a satellite orbiting it and easy to get to all points on the planet. However…

From a budget standpoint, the media is going to matter. In comics, it’s just ink so again, WatchTower is the obvious choice. Television deals with a lower budget, so anything beyond just showing a picture of the thing and you have to consider a Hall of Justice would be cheaper so I’d be happy with that. Movies have larger budgets but a true Justice League is going to eat up quite a bit in salaries (both the cast and the people making the movie), so I’d rather they skimp on the ‘homebase’ and put more into the story - so, again, Hall of Justice.