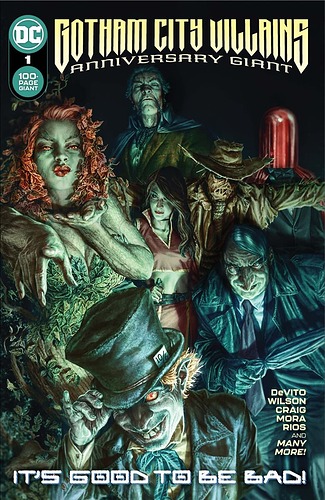 A 100-Page Celebration of the Worst Villains to Ever Bedevil Batman and His Allies, Presented by Some of the Most Talented Names in Comics

Gotham City may be protected by the Dark Knight, but the home of Batman and his allies is also plagued by some of the deadliest, most nefarious villains in the DC Universe! In this oversize anniversary giant, DC proudly presents tales of Batman’s deadliest foes written and drawn by some of the biggest, most exciting names in comics!

This anthology marks the anniversary year of Oswald Cobblepot, a.k.a. The Penguin and is celebrated by special Penguin/Catwoman story by acclaimed actor, screenwriter, and producer Danny DeVito, who immortalized the character in the 1992 hit movie Batman Returns . DeVito teams up with fan-favorite artist Dan Mora ( Detective Comics ) on a fun heist story/romance between The Penguin and his “crush” from Batman Returns , Catwoman.

To learn more about Gotham City Villains, head over to DC Comics!

Are you excited for a new tale straight from the mind of Danny DeVito? Let us know in the comments!

Super stoked for this! 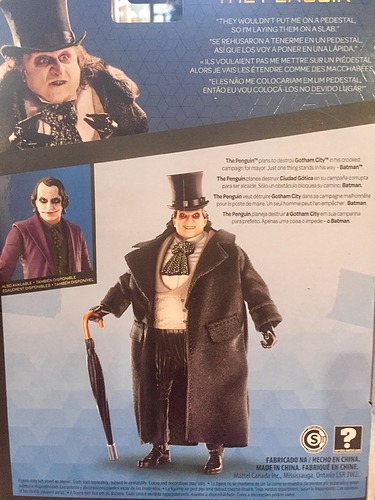 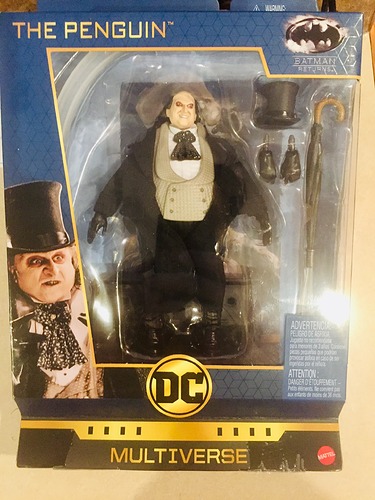 Go Danny D. Dominates in Its Always Sunny in Philadelphia too.

@Moderators didn’t invite me, so I crash!

Love it, can’t wait to read it! Can’t wait to see what kind of The Penguin story that Danny Devito will write.

I’ll be grabbing this one for sure.

Nice idea! I was wondering if Penguin would get a nod at 80 years. I’m a but surprised to see Killer Moth and not The Riddler or Two-Face.

Harvey’s turning 80 next year, so maybe he’ll get a special of his own then?

Everybody loves the Gotham City villains, but the Penguin has long been my favorite DC villain of all. I am really looking forward to this.

Kinda wondering why Catwoman is working with Penguin after he put a hit on her using father valley.

ok…the penguin/catwoman story was disturbing (especially as I am a diehard BatCat fan) its also disturbing how easy it is for batman or catwoman to get together with anyone but each other in DC books when we Batcat fans have been wanting Bruce to have his lois lane for years.
PS: Hmm I just noticed the ‘Catwomans’ eyes are consistently blue throughout the issue…don’t think this is Selina…still disturbing.