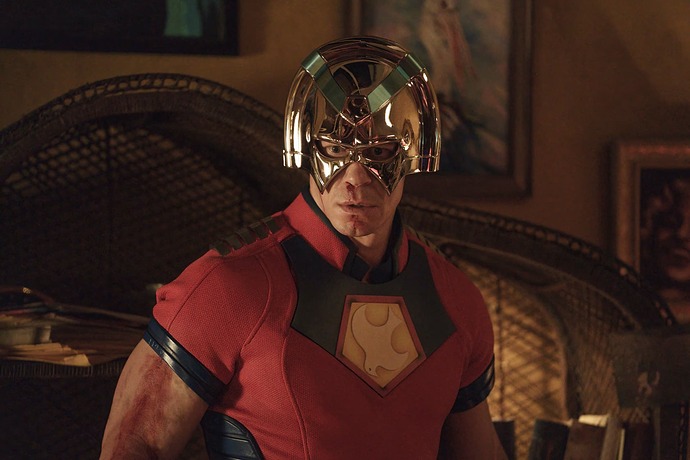 War, what is it good for? Absolutely nothing, which is why Christopher Smith fights to maintain harmony as Peacemaker. In a world full of endless wars, he’s here to make sure everyone lays down their arms—even if he has to kill everyone to make that happen. We got our first taste of exactly what that means in last summer’s James Gunn blockbuster, The Suicide Squad. Now, John Cena’s Peacemaker is ready to ride again with an original HBO Max series that was also written by Gunn. So, to help us ensure that Thursday’s premiere is…well, peaceful, we thought we’d look at Peacemaker’s comic book history for a few conflict resolution tips. Here are five Peacemaker-approved ways to bring the peace!

#1 Make Sure Everyone in the Room is Willing to Negotiate

Christopher Smith knows peace is within our grasp. We just have to be willing to negotiate. How do you get all sides to the table? According to Peacemaker, you do it by killing everyone that’s trying to escalate the violence (naturally!). That way the only people left are the pacifists who work for peace.

As Smith slaughtered a group of terrorists in Peacemaker #1, he believed each bloodied corpse put the world one step closer to peace. It’s an extreme measure for sure, but nobody can ever accuse the Peacemaker of being subtle.

To check out the full list of resolution tips from Peacemaker, head over to DC Comics!

Are you excited for the Peacemaker debut on January 13th? Let us know in the comments!

Regarding the insanity of his approach, Peacemaker isn’t too different from a number of heroes from that time period. Sgt. Rock would gun down 30 guys per issue, and close each issue with a plea to “make war no more.” And Shang Chi would get depressed at the thought of violence right before he would head-kick eight dudes into the hospital.

Yes, you can easily characterize Peacemaker as nuts, particularly if Alan Moore just did it to a character just like him, but Peacemaker’s mantra isn’t inherently insane - he was just born into a dopey Vietnam-era comic book trope.

I am a fighter, not a peacemaker.

I’am Not A Big Fan Of Peacemaker!
I Won’t Be Watching the Show!
I Won’t Pay the Money, I Don’t Have Too Watch Peacemaker!