With Harley Quinn having her own series at the end of the month, Did you know she made her first comic book appearance in The Batman Adventures issue 12? 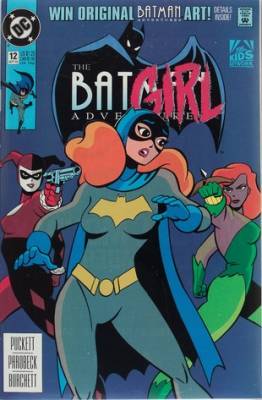 The DC comic Library has it and it’s worth reading. In the comic, Barbara Gordon goes to her friend’s costume party as Batgirl. There she would meet Harley and Poison Ivy for the first time! Another villain also showed up near the end, you’ll have to read it to find out!

Oh my granny goodness @Reaganfan78 This was my watchface forever! Love that image! Thanks! I am excited to watch the new animated series & I really respect the voice actor that’s voicing Harley. I was thrilled to see her continue working with Warner Media.