I was thinking and it would be pretty cool to see a gothic female as Bane in CW’s Batwoman, just sayin! 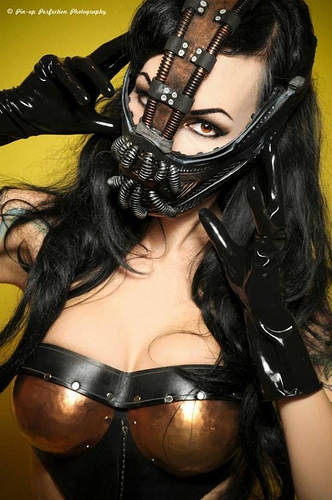 I think gender swapping is neat in certain cases but I’m not sure Bane would be one of those cases. Honestly at this point I’d be fine with any live action version of bane that captures the spirit of the comic book character. Every single live action version of Bane so far have been really bad. He’s complex and arguably one of Batman’s greastest foes but is always portrayed on screen as a two dimensional henchmen .

It kinda makes sense that a woman Bane wouldn’t have the luchador look though. Like this girl’s look flows alot better with the character than Tom Hardy for some reason.

showing me things that confuse me​:crazy_face:

Female Bane? Nahhh. A female Riddler? Yeah that seems like a better idea

Maybe in an alternate universe of Batman like an elseworlds story, that would be cool. Or in a Batman Beyond return, the daughter of Bane or something.

That would be pretty cool actually. The daughter of Bane, wreacks havoc and brings back Venom to Gotham, and she breaks Terry’s back. Her cartoon design would be big as hell, a really tall girl and then she turns jacked from Venom. Give her some kind of version of the Bane mask. 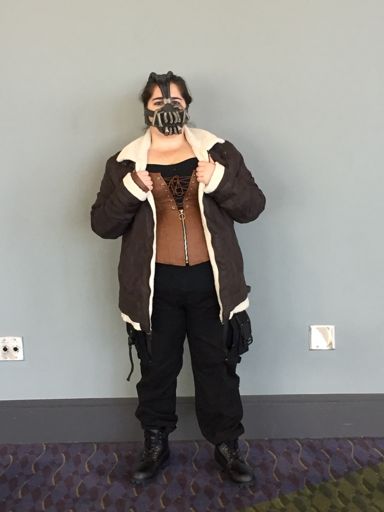 Now that’s someone dressed for battle!!!

The one in the pic I posted looks like an assassin going to a pageant to kill lol She looks like she needs venom if she wants to get strong.

The one in the pic you posted looks more like a true female version of The Dark Knight’s Bane character overall. She looks like she can tear a tank in half if need be

If that woman was at San Diego (or Sahn Deeahgo in the Burgundian parlance) and had to wait outside overnight for a panel, at least she’d be warm, given her puffy jacket.

I don’t know why Batwoman can’t measure up to the actual male villains. Why does she only rate copy cat versions?

I’m not sure what you’re trying to say. I think it should be okay for anyone to use original or inspred female/male villains they want to see DC make a reality in a show/movie.

Do you just take issue with the gender-swap? That is my favorite part for alot of Spider-Man’s villains. Like Mary Jane becoming the canon lore Carnage later or Dr. Octopus’ daughter taking his place. Shenom, etc. If the story built around the copy cat is sound then all shall be well.

I think it would work if it was a new person taking on the identity. That way no one will get upset as it doesn’t change the original character, and this new character can act as a fool to Kate since both of them are a part of a legacy