It may not be as forgotten as the likes of Beware the Batman and Justice League Action, but I find The Batman 2004 to be criminally underrated! It had some of my favorite takes on characters like the Penguin, Man-Bat, Catwoman, Hugo Strange, Harley, and many more! I find it a shame that it gets no attention. What are some of your favorite episodes? For me, the highlights are Strange Minds, Riddler’s Revenge, and A Fistful of Felt. What about you guys?

It’s been a while since I watched the series, but looking at the descriptions on Wikipedia, I’d go with:

Yeah, Clayface had some great storylines. I really enjoyed that show. I own all of the seasons!

the episode where maxie zeus tries to take over the city with the big flying thing with a death ray thing and batgirl takes on the thing and finally earns batmans respect. the episode with black mask in prison and batgirl and robin have to keep him in prison so batman can disable bomb, not sure this counts but the movie where batman fights dracula

I agree! The Robin and Batgirl sibling dynamic really hasn’t been replicated anywhere else. Usually they’re a couple, which of course I have nothing wrong with, but this is still refreshing.

i just kinda get bored of all the overdramatic teen romance, as for other siblings relationships Stephanie and damian had a good sibling dynamic when she was batgirl but that’s the only one I can think of

The butler did it
RPM
Brawn
Artifacts
A mirror darkly
Batman vs Dracula (I will argue it is the single best Batman movie ever, animated or live action)

And while I realize it is a minority opinion.

The Batman is better than BTAS and Rino Romano is a better Bruce Wayne/Batman combo voice than Kevin Conroy.

It’s probably because I’m so old that I have no nostalgia for either series.

I disagree. But I love this show more than most people do, so that’s a cool thing to hear.

the batman has some of the best cape effects like when batman got green lanterns ring, and flied with it awesome

The one with chris rock lol 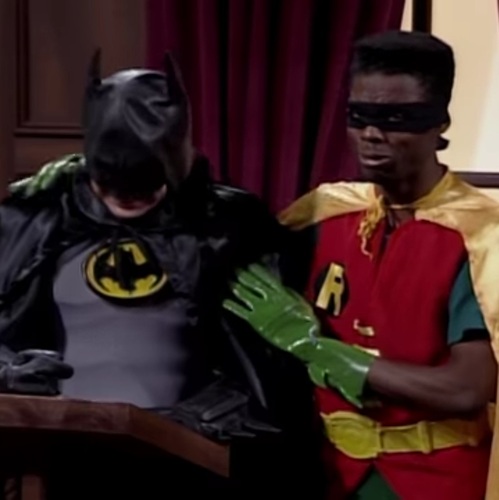 I thought seasons 2 and 4 were above average, and the odd numbered seasons a bit below average (though the Clayface two-parter at the end of season one was great and unexpected)