This is where you can cast many characters here with any actor you want. Anyone could talk about who they would cast as, with no rules at all!

I have a few in mind

I though we’re enough. He got his one solo film as well without Batman. Pretty sure we need to use other characters instead.

Though those are all good choices. Except for Ray Loitta since I don’t see it. Maybe Nicolas Cage.

Adrien Brody as Joker
I think out of all the choices, Adrien Brody is the best. I know people want Willem Dafoe, but he’s old now but could still play the role at least today. Adrien Brody seems like the best choice for me because he never disappoints people, even when the film is mediocre or bad. He can always make a great performance he’s always on point with unique characters, which shows he has the range. He’s also a method actor, which is something Jared Leto did very badly, but Heath Ledger was a better example which shows that Adrien Brody could be the perfect choice of all time. He could also pull that gangster aspect of Joker if they want to because of his role in Peaky Blinders. 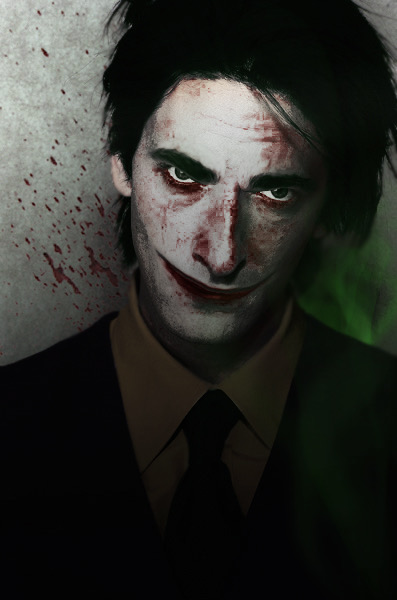 Michael B. Jordan would be better as Aqualad or Red Hood in my head.

I don’t think we need a Latino person for Bane. If you look at his first appearance in Knightfall, he doesn’t seem Latin, especially is father who I forgot who he is.

After seeing Jon Hamm in a Funny or Die parody as Lex Luthor, I am convinced he could actually play the role in a more serious project. I don’t have any other thoughts on casting, other than I think Crystal Reed (Sofia Falcone on Gotham and currently Abby Arcane on Swamp Thing) could make a good Dinah Lance/Black Canary.