In the 2003 Teen Titans show, Red X is actually a clone of Robin — one that Slade made as a backup from Robin’s DNA during the end of Season 1, knowing Robin would betray him as his apprentice. But by the time he was fully grown, Slade had already been killed by Terra, leaving him without a sense of purpose or identity.

Hmm, did you make this one?

Maybe someone else has thought of it, but I didn’t get it from anywhere.

The Three Jokers don’t exist. It is the Joker’s biggest trick to drive Bruce and the Universe Crazy. Joker was able to do it by breaking his own mind creating three sections of the mind each “a joker” by the end of Three Jokers Joker will merge all three personalities and become more dangerous then anyone can imagine. Also The Joker in Joker War is just a personality and Joker War is meant to distract Batman from the truth. I will call this adventure: “The Time GetSnart created a Fan Theory about Three Jokers!”

I have a similar theory. Slade is really Robin from the future! 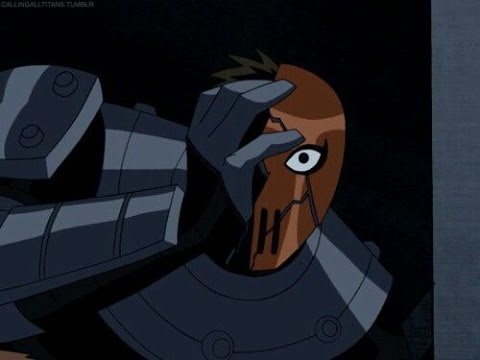 What if Red X is Grant Wilson? Red X and Robin’s similarities is why Slade wanted Robin as his apprentice, not knowing his son is alive…