Exploring the Legacy of Nightwing 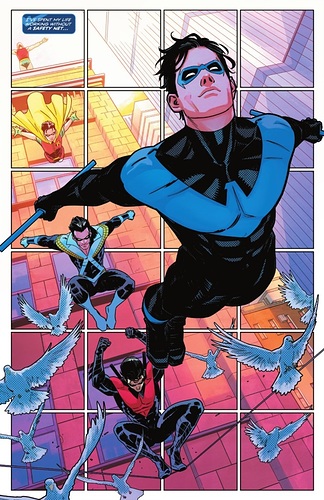 What would you do if you woke up and found out you were a billionaire?

That’s the question Dick Grayson is wrestling with in Nightwing Vol. 1: Leaping into the Light , the just released hardcover collection of Tom Taylor and Bruno Redondo’s debut Nightwing storyline. Dick is shocked to discover that Alfred set aside over one billion dollars for him before he died. The money comes at an interesting time in Dick’s life, and causes him to contemplate his ultimate legacy.

You don’t have to be a superhero to worry about your legacy. We all wonder what kind of mark we’ll leave on the world in our lifetimes. For Dick Grayson, the question became more real after spending months of his life as an amnesiac cab driver named Ric. Although Dick was ultimately able to regain his memories, the experience had a lasting effect on him. He saw everything about Dick Grayson disappear, and it made him wonder who he truly is and what sort of impact he’ll have on the world.

To explore the full legacy of Nightwing, head over to DC Comics!

Have you checked out Nightwing Vol 1: Leaping Into the Light yet? Let us know in the comments!

I got this, and I love the cover! Under the slip, on the actual hardcover is the two page title spread for Leaping into the Light part 1. The only ‘complaint’ I have is that the pages aren’t glossy.

The cover really is something, isn’t it? I would even say it’s poster worthy.

The only ‘complaint’ I have is that the pages aren’t glossy.

Oh, I agree! There are quite a few spreads/covers from this run that I’d like as posters.

Have you checked out Nightwing Vol 1: Leaping Into the Light yet?

You bet, and as it was coming out in single issues.

Nightwing has undoubtedly been my absolute favorite ongoing of 2021. It just gets better and better with each issue.

Now that the Fear State tie ins are complete (decent enough for an event diversion), I’m happy to be back in Bludhaven and back with the main artist. I absolutely LOVE Nightwing 87! I definitely bought multiple copies to lay all the pages out together… 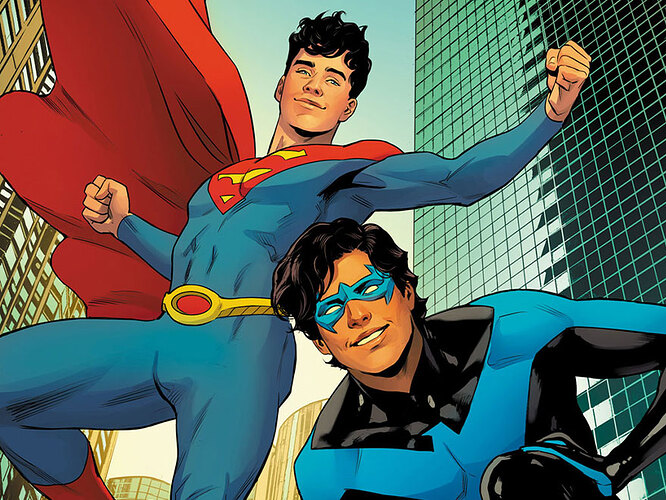 Part one of a two-part Superman/Nightwing comic book crossover!

This preview and the covers released for 91 have me excited, even though it feels like there’s a ton of crossovers stacked together.

Titans in 88 were both fun and concerning to me, since they seem overpowered compared to the threats and I would like to see more of Nightwing being awesome in combat than his friends. The last third of the issue pretty much didn’t have Dick in it. Based on the ending, I’m assuming Heartless uses the love others have for a person, when he takes a heart. Showing that Dick is loved by many is probably highlighting why he’s the villain’s primary target. Still, I want more Nightwing in Nightwing.

I got a bit sidetracked there; however, the preview scenes are awesome, and I hadn’t realized how happy seeing Dick giving kidJon a lollipop from Batman’s utility belt would make me, lol.