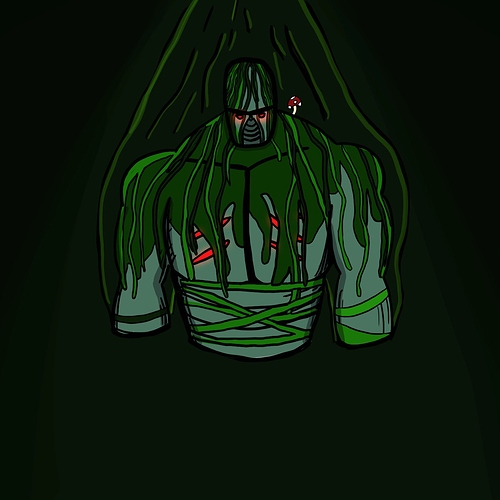 IMG_20200323_234905_3001500×1500 211 KB
Amazo’s prime directive was to aid and protect Dr. Holland during the doctor’s research in bio-restorative formula. After a big break through, Dr Holland entrusted Amazo with the formula and made preparations to announce his findings to the world! Unfortunately, Dr. Holland perished in an “accident” depriving the world of much needed good news… with the first and primary directive ultimately failed, Amazo must now follow his remaining directives given by the good doctor himself: Protect the Bio-restorative formula and protect The Green.
8 Likes
NYJt3 March 24, 2020, 5:02am #2

@01iV3R I like it. Kinda reminds me of ROM, the Space Knight.

Interesting. How would other characters like Anton and Abby Arcane be altered?
-M

Thank you very much!

I had to look that up just now haha! I do see the similarities!

I think you could still leave Anton Arcane mostly the same kind of antagonist. He’s after the formula and he’d take our robot apart piece by piece if he had to. As for Abby, I think the relationship would mostly be one sided to start out. Abby would want to protect the robot at all cost much like a mother protecting a child. I think the robot (able to learn and adapt) would eventually come to trust her and protect her in turn. There’s room to tell a lot of action packed stories as well as explore the existential as our Swamp Thing tries to find it’s place in the world and maybe even in the company of the parliament of trees.