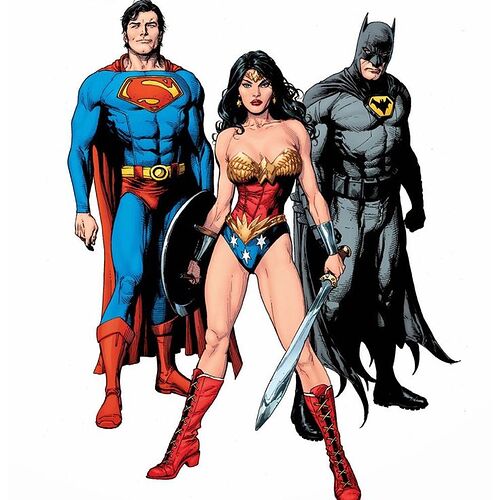 #poll
Please feel free to leave a comment, your choice may very well help me what earth one series I should read next!

I have yet to read a lot of earth 1, but I enjoyed Teen Titans Earth One, so I went that route in voting

I didn’t know there was Teen Titans Earth One, Thankfully I check Wikipedia first just in case I was missing any series, I hope they plan on making The Flash and Aquaman, it would be great to read those as well.

I should probably stop participating in polls where Superman is an option. Too predictable

I’m reading Batman Earth One right now, while reading, with Penguin in it, I was thinking he looks just like Colin Ferrell’s Penguin. I think they based The Penguin look for the new movie after this comic!

I LOVE the Earth One books. The two that surprised me the most were Green Lantern and Titans.

When I read Titans, I thought “this feels like they took an unused script for a pilot and made it into a comics…and I’m completely okay with that” I loved the second volume, as it built on what they set up in the first.

The art in Green Lantern took me a while to get used to, but once the story got going I was in! Much like Titans, I loved the second volume, particularly the ending.

The only one I’m iffy about is Wonder Woman. It has Grant Morrison written all over it. This is a rare care where I like the first volume better than the second. I dunno, there was something about that second volume that seemed like he was throwing in too much at once.

And yea, I’m always hoping we get that JMS Flash: Earth One and the Francis Manapul Aquaman: Earth One, but given those were announced years ago and we still haven’t seen them, I doubt we’ll ever see what those were supposed to be.

I’m looking forward to checking out GL because of Gabe Hartman and Corrina Bechko. I loved their Planet of the Apes work.

It’s excellent! It was such a surprise and has such a science fiction flavor. Duh, right? But you’ll see what I’m talking about when you read it.

I heard about the hard sci-fi aspect on Word Balloon when Gabe and Corrina were interviewed about it. 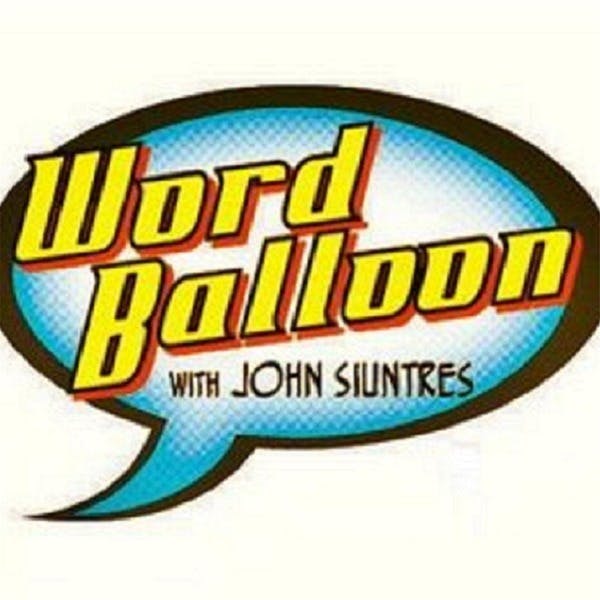 Corrina Bechko and Gabe Hardman talk about their latest volume of Green Lantern, which features a more realistic spin on Hal Jordan-Astronaut. We also talk about Corrina's new mini series based on The Expanse for Boom! Studios coming in December and...

Without spoilers, I’m very excited to think where a possible third volume could go. With a majority of the Earth One line, I love the second volumes. They do what good sequels should do in taking what we love and expanding it/raising the stakes. Green Lantern was the epitome of this in the best way possible.

Glad to see the GL book is getting love, its good.

I won’t lie, I was skeptical when it first came out because I didn’t love the art, but once I started reading it, I got past any nonsense quibbles I had and thoroughly enjoyed this new take on GL. Plus, come on…Kilowog! How can you not love him?

I’ve enjoyed them all.

Superman is my favorite (though I have a strong bias toward the character), especially volumes 2 and 3.

I really enjoyed Batman. Gary Frank is a phenomenal artist, and I think Geoff Johns does really good work with him.

I’ve been beyond pleased with Green Lantern.

I read the first Teen Titans on Hoopla, but volume 2 never came there. I did enjoy what I read.

I liked Wonder Woman overall, though I found it to be the hardest series to follow. That does fit with Grant Morrison’s reputation.

@brian_hofman completely agree with everything you said. I think you might enjoy volume two of Teen Titans if you can find it. It picks up some interesting threads left from the first volume and gives us some more Titans.

Green Lantern surprised the hell out of me. The art style wasn’t my thing, but as the story went on, I forgot all about it and actually got into the art. The way the second volume ended…I want more.

Wonder Woman has alright, but it’s very Morrison-y. The third volume was a slog to get through, to be honest. But even then, the worst of the Earth One books is still pretty good, in my opinion.

I know we have a third Batman volume coming out, but I’m curious where they go from here. I know we were supposed to get a Flash and Aquaman volume, but that was announced years ago and we haven’t seen or heard anything. There’s some characters I would love to get the Earth One treatment. What does an Earth One Atom story look like?

I’ve read both Batmans, the first Superman, and the first GL, and the GL was the best of the bunch.

I need to finish the Superman ones.

I need to finish the Superman ones.

I highly recommend them. I think volumes 2 and 3 are better. I love Parasite in volume 2. The new takes on Zod and Lex in volume 3 are very good. Volume 3 helps make volume 1 better I think by fleshing out the backstory. I love Lisa LaSalle as the girl next door to Clark. Finally, great artwork by Shane Davis (volume 2) and Ardian Syaf (volume 3).

Superman: Earth One is my favorite Earth One series by a longshot.

JMS and Superman? How could I not enjoy it? Shane Davis’s art on the first two volumes was great, and greatly contributed to my enjoyment of those volumes.

After Superman, I’d go with Wonder Woman. Volume 3 of her series was beautiful.