What team up books would you guys like to see? Hero and villain, villain and villain, hero and hero? Tell me the two DC characters you wanna see be in a Duo book like world’s finest! 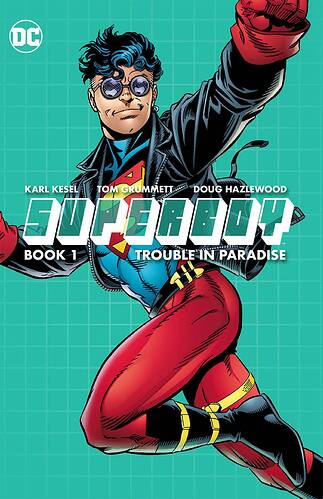 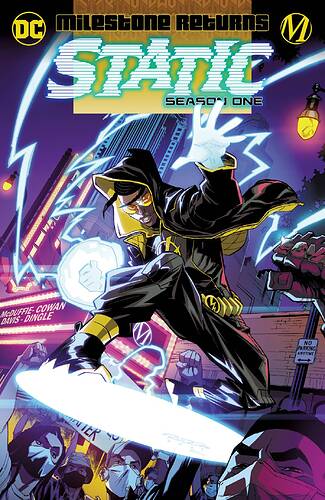 Him teaming up with his 15 different origin stories

I’d love to see Superboy and Static Shock! I don’t know if its happened already but I’d like to see Zatanna and Huntress team up.

Stargirl and Naomi: Both are teenage superheroes, both cosmic powers, could do a galactic road trip saving a entire world during the summer break.

Black Adam and Wonder-woman: Mythological heroes who are champions of their respective pantheons. Diving into the history of the Amazons and how Black Adam relates to them in ancient Egypt.

Adam Strange and Warlord: polar opposites of fantasy vs Science fiction yet they are heroes of two world’s going against Mongul and his warworld from destroying their adopted homes.

Amethyst and Enchantress: This one is my personal favorite.
Magical Mayhem, Superhero brawl, lot of action and comedy in the vain of lobo vs superman. Battle occurring on Gemworld and Enchantress home dimension. Real bad dudes would be Dzamor and Dark Opal, betting on who is more evil.

Hawkman and Catar-Ol Hawkman would be awesome - though I also am very partial to Hawkman and Hawkwoman!

@mccaggers91 Huntress and Zee would be wonderful! Would love to see their banter!

Captain Marvel and The Question

Cyborg and Vixen, with emphasis on technology vs. nature in their interactions.

Helena Bertinelli Teaming up with Helena Wayne. call it: the identity thief.

Jason Todd and Helena Bertinelli(should not surprise many people given my avatar) These two have never even met despite both being Gotham heroes, outside of detective comics 1000, and I think that meeting is more part of Tom kings Batman/Catwoman universe given its a story he wrote in an anniversary/milestone issue. what would be fun is to have them going against Nightwing and Barbara gordan/Batgirl.

Lois Lane and Catwoman to save Batman And superman from talia al ghul and Maxima.

Krypto the super dog and Licks Luther (the dog trained for lex Luther.)

(New earth) Doomsday and Batmite how this would work i have no idea but it would be funny.

Flatline and the Batgirls.

Supergirl and The Batgirls.

Supergirl, Wonder girl and Batgirl. (any all)

Joker(Martha Wayne) and The Batwoman Who Laughs (Kathy Kane earth 11).

Robins vs Batgirls (with steph as a Batgirl)

Robins and Batman vs Catwoman and the Batgirls

Cheshire Cat and the Batgirls.

Ubu and Bob the goon.

Deathstroke and Batgirl (barbara gordan) to save Nightwing.

Ravanger (Rose Wilson) and the Batgirls.

Ravanger and Batgirl (Babs) teaming up to save Nightwing and Red Hood.

That is extremely thorough, and honestly, I think all of those sound great!

Batwoman and The Question (Renee), with Maggie Sawyer on the supporting cast, so that there can be feels about Kate fighting crime with the ex.

I think it would be fun to team up Warlord with Ray Palmer from his Sword of the Atom days.

Batwoman and The Question (Renee), with Maggie Sawyer on the supporting cast, so that there can be feels about Kate fighting crime with the ex.

Batman and Cassandra Cain, would love to see a whole book dedicated to some father daughter crime fighting with these too.

That is extremely thorough, and honestly, I think all of those sound great!

thank you… I think the Batgirls and Cheshire cat, Flatline or Ravager are the most likely. then perhaps Red Hood and Cheshire Cat.

the one I would love to see the most is Robins and Batman vs Catwoman and the Batgirls, as I picture the batgirls turning into ‘catgirls’ for it. I picture Cassandra wearing the Catwoman suit from Batman returns (due to the stitching of Cassandra earth 16’s suit), Babs in Catwoman 66’s suit (I wonder why)

and well Steph in The 1992-2000 suit (because it’s purple)…Catwoman in the classic pre-crisis suit.

I’m loving all these ideas for guys. Especially seeing the fans of characters who don’t get much usage these days.