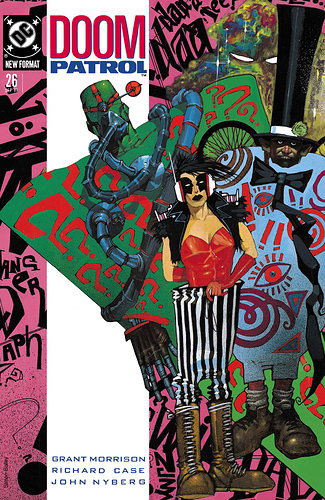 The superhero Sunburst confronts a strange sleeping super villain. But as they battle, a strange cloud kidnaps a girl—setting into motion events that lead to the formation of a new gang!

Welcome new members and old to the discussion the DPC we’ll be starting from today through the rest of this month! And looks like the world’s strangest heroes are gonna be confronting something…strange! Setting up crazy events to happen over these next 6 Issues we’ll be discussing for whole month of August! If this your first time, welcome! and have fun going down this weird and strange journey in the comics with us!

And the questions here will be:

Any all cool things you’d like to share and/or discuss put them in the below and…Let’s Discuss! :robotman_dp:

This month’s selection include the heart of Doom Patrol season 1. The Mr. Nobody and the Brotherhood of Dada, the Book of the Unwritten, and Jane’s Undground in disarray and threatened.

The painting that ate Paris is still fun, and trip. You can definitely hear Alan Tudyk’s voice with Mr. Nobody. I hate to compare the two, but just can’t help it. By elevating Mr. Nobody to the big bad of season 1, the show really elevated him as a character and his menace to the entire universe, much less the Doom Patrol. I also like how the show’s seasonal climax centers around the painting in a way the book does not. 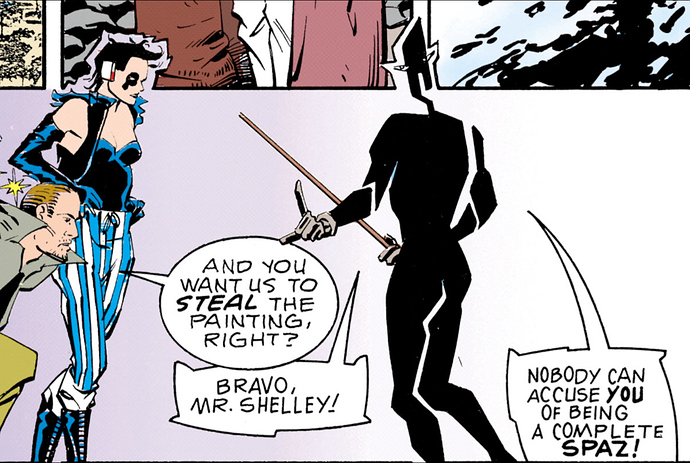 Why are little weird kids on trikes so darn scary? No idea, but this particular story line gets revisited down the line. 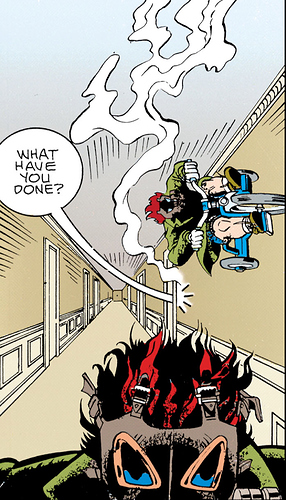 I’ve got no images from Jane’s underground. The writing there is just too powerful and the damage done too great. This is one area where I thought the book had a greater emotional impact that the show. But, that may be in part from having seen this play out in a live action version. I know some people complain about Crazy Jane as a character. But with what that little girl went through, that’s like complaining someone’s too slow because they have a broken leg. Which is really really underselling what I mean. Being completely broken and screwed up is the only way she could survive.

I love the show so I must love the comics

Yea, I’m hoping with the new season of the show that some of those get explored but love reading this! Thank your @msgtv!

Yea! Can love both and doesn’t hurt!

Damn wish I could get in on this