So now that DC is bringing back Fables does this mean they will finally add it to Infinite? Thoughts/hopes? 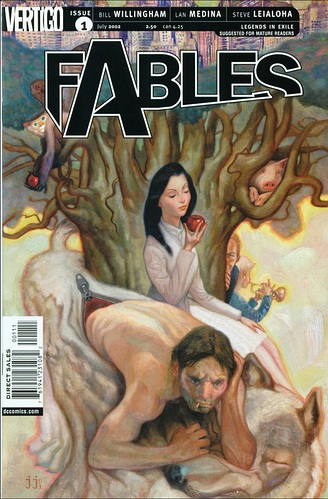 I hope so- its up there with the Sandman as one of the greatest series of all time.

Owlman told me the series starts great and turned very bad, but he still loves talking about the beginning.

If they I would really like to read it. A big fan of the Wolf Among Us Games and was always interested in reading the source.

I hope so too, though I just bought the four compendiums.

I personally think the ending is pretty good. But it depends on what you are expecting. What I loved about the series is that it’s about consequences, and not about some of the narrative structures we’ve come to expect. But if you want those structures, it will frustrate you.

I’d absolutely love it if they brought to infinite. Love the series to bits. Overall I liked the ending though I was miffed that Bigby and Snow got sidelined for much of the later half. I get that they have a lot kids but still.

I tried Everafter - it felt very weird. I haven’t read most of the spinoffs except for what’s necessary for crossovers - I did read the piece Willingham did to kick off Fairest, but not the rest.

I think an animated series is the best option, given so many children or child-appearing characters.

That would be awesome and would immediately be my next reading.