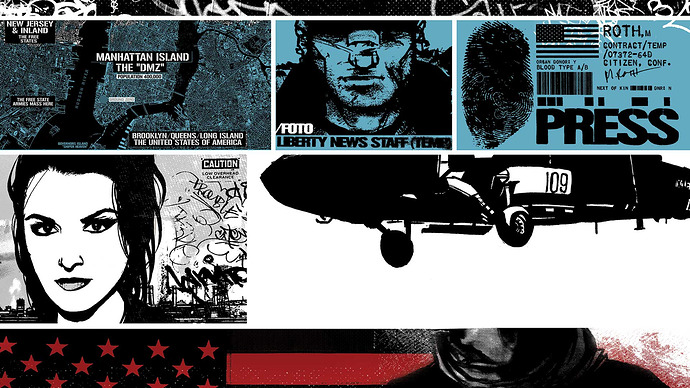 DMZ, the HBO Max event series based on the acclaimed Vertigo comic by Brian Wood and Riccardo Burchielli, is starting to take shape after announcing nine new cast members along with the characters they’ll be playing. In addition, the behind-the-scenes creative team added two new award-winning producers to its ranks.

Executive produced by Roberto Patino (Westworld) and acclaimed filmmaker Ava DuVernay, DMZ tells the story of a near future America that’s embroiled in a bitter civil war, leaving Manhattan a demilitarized zone (DMZ) that’s destroyed and isolated from the rest of the world. The four-part series chronicles the harrowing journey of fearless and fierce medic Alma Ortega (Rosario Dawson), who sets out to find the son she lost in the evacuation of New York City at the onset of the conflict. Throwing gasoline on the flames of that conflict is Parco Delgado (Benjamin Bratt), the popular—and deadly—leader of one of the most powerful gangs in the DMZ. Delgado wants to rule this new world—and will stop at nothing to secure that outcome. Over the course of the series, Alma will contend with the gangs, militias, demagogues and warlords that control this lawless new no man’s land. In doing so, she becomes the unlikely source of what everyone here has lost…hope.

To see the full cast list and learn a little more about DMZ, head on over to DC Comics!

Are you excited to see DMZ come to life on HBO Max? Let us know in the comments below!

I’ve been wanting to read this comic for a while now. I guess now is the perfect time to get to it.

I’m a big fan of, Rosario Dawson. I hope to see the graphic novels on here soon.

Unfortunately with the societal issues we are facing with the continued election conspiracy pushed by the former president and his followers; the last thing we need is a show about a civil war between free staters and united staters. It looked good but now isn’t the time.